5 Documentaries that Epitomise the Art 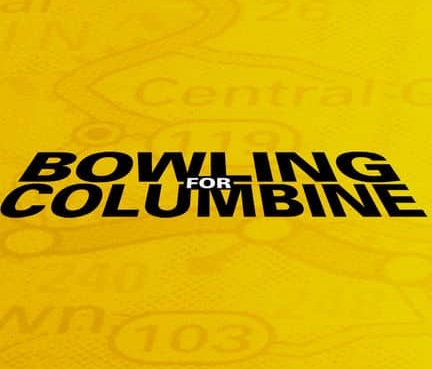 As the dramas, real and faked, play out on social media, documentary filmmaking is enjoying a wide, wild resurgence. If people can spend hours arguing on Twitter over how Shania Twain, a Canadian who cannot vote in US elections, MIGHT have voted in an alternative universe two years ago, they can certainly do with a dose of reality in their viewing choices.

Think about it: adorable animal antics; kids’ bloopers; intoxicated people trying dangerous stunts and setting themselves on fire... they’re all documentaries. But so too are the cases of police brutality caught on camera that leads to protest and arrests; the footage of political protests that 20 years ago dictators could have suppressed; the life-saving advice and education on healthcare available through TED talks and YouTube.

Like anything suddenly thrown open to the general public that used to be for specialists only (think Guitar Hero), most of us turn out to be average-to-awful at it - and some of us turn out to be diamonds in the rough: the undiscovered gems of documentary filmmaking. To inspire all those budding Orson Welles’ (yes, apart from cracking fictional movies, he also made highly respected documentaries), here is a list of 5 ‘professional’ documentaries from the past 50 years that are sure to get you hooked on the genre. They are as riveting as online casino games, and they’ll open your eyes to a whole new world – or at least offer a new perspective on so many things.

The film that put American provocateur Michael Moore on the map, this project was started after the Columbine high-school mass-shooting in 1999, but finished and released after the September 11, 2001 World Trade Centre terrorist attacks. The right-wing anger at anything perceived as ‘un-American’ led to a backlash, but Moore’s takedown of US gun culture and the political clout of the NRA is even more relevant today.

In the Year of the Pig

Released shortly after the 1968 Tet Offensive by North Vietnamese troops, when it was becoming clear that the US could not win the Vietnam War, ‘In the Year of the Pig’ by Marxist filmmaker Emile de Antonio was an object lesson for later documentarians like Moore. It traced the origins of the Vietnam War in French colonialism, before excoriating the US involvement in the Sixties.

US former vice-president Al Gore is probably more famous for this film than he was for his political career. Now 12 years old, Gore’s recounting of the facts of global climate change, and the evidence linking it to human activities, was a desperate plea for politicians and populations to take climate change seriously before it’s too late. Sadly, like Moore’s call on gun violence, more than a decade later we’re still battling to convince sceptics, while extreme weather events increase in frequency and severity every year.

Man on a Wire

This documentary was released in 2008, but it features footage from, and is focused on, a 1974 feat of tightrope-walking. As a teenager in France, Philippe Petit saw a magazine article on the construction of New York’s twin towers, which would be taller than the Eiffel Tower. He tore out the picture, inspired, and in 1974 performed his iconic tightrope-walk between the two buildings. In 2008, James Marsh made a documentary on Petit’s history, the years he spent planning the stunt, and the famous walk itself. It’s a beautiful tribute to the human spirit and a poignant elegy to the now-vanished towers, destroyed in the 2001 attack.

In 1967, Monterey, California hosted the first modern music festival: a line-up of the top bands of the time, over several days, in an open-air arena with thousands of fans camping onsite. It’s not just a great peek at some of the finest musicians of the era - Jimi Hendrix, The Who, Otis Redding, The Mamas and the Papas, Jefferson Airplane, to name just a few - but it also captures the counterculture in its element for the first time. There’s everything from the crowd antics to the  rock-star shenanigans, including Hendrix’s famous flaming guitar.