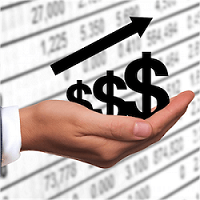 UK-based online gaming operator, 888 Holdings has revealed that it earned a record US$541.8 million in revenues last year. This is up by 4% year-on-year, in terms of 888 Holdings total group revenue, whilst earnings in regulated markets outside of the United Kingdom were up by 26%.

888 Holdings Chief Executive, Itai Frieberger attributed this unprecedented success to the operator’s resilience and agility, bolstered by the efforts of a strong team and top-notch technology. Frieberger added that the Group’s investments in new markets – in spite of its withdrawal from others – were major contributor to these increased revenues.

The increase in overall revenue was the result of improved earnings across all sectors of the business. This included the following:

Frieberger explained that the group’s extensive growth was driven by its ongoing expansion into regulated casino and sports betting markets. 888 Holdings expanded operations into Italy at the start of the year, with its Italy-facing Poker site achieving a 3.16% share to place eighth in the region in terms of cash games. In addition, the operator now enjoys a 1.26% share in the Italian Poker tournament market, also placing 888 at eighth in this segment.

The operator’s expansion into Italy coincides with the current push for the country to join the multinational Poker liquidity scheme agreed to by Italy, Spain, France and Portugal last year. Italy has yet to officially enter the scheme, but Spain (another of 888’s new markets) has already made the shift. 888 already rank second (after PokerStars) in the Spanish Poker market.

According to Frieberger, 888 have been trading at an average daily revenue of 6% (in keeping with the operator’s expectations) since the start of the year. When adjusted for 888’s withdrawal from certain markets, this translates to an 8% increase. As such, Frieberger said that 888 is confident of yet another period of progress in 2018.