Age Of the Gods Jackpot Slot Pays Out Big 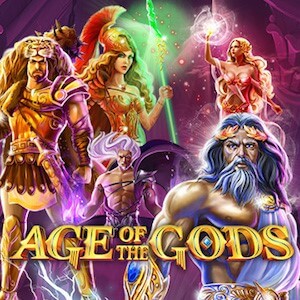 Progressive jackpot slots. You simply have to love them! We’re aware of at least one very lucky player who cannot be anything other than a die-hard fan, especially having won an incredible $803,093 in cold hard cash thanks to having hit the big one on Age of the Gods. Hitting the game’s Ultimate Power Jackpot is about as rewarding as it gets in a single sitting, and the payout is rewarded completely at random.

No tricks and twists; when it pays, it pays in a big way!

Nothing else about the prize has changed, and it still makes winners out of ordinary people at regular intervals. The latest win marks the 64th time that it has paid out since the release of the game.

The jackpot functions on the typical progressive model, which means that each time a bet is placed, the potential payout grows. The difference between ordinary and progressive jackpots is the way in which the larger-than-life prize kitty is accumulated. Progressives, such as the one offered as part of the Age of the Gods slot, are generally connected to an entire network of games. This means that the payout grows at an exponential rate, as many games contribute to its size.

Every time a player places a bet on any of the games in that particular network, the jackpot grows, which is exactly why progressive games are so popular. Most games include a counter that is visible on the slot’s interface. This adds to the excitement, as players are able to look on as the prize pool grows with each bet that is placed.