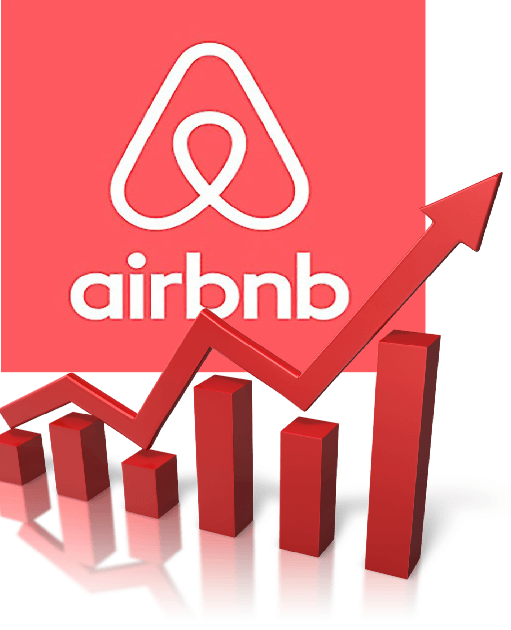 The story of Airbnb has become preserved in Silicon Valley folklore. The company got its name when its co-founders, who were entrepreneurs struggling to make rent in San Francisco, put down 3 air mattresses in their loft and charged per night for those who wanted to attend an incredibly popular upcoming design conference but couldn’t find any available accommodation.

Like a lot of innovative technology, it’s almost hard to imagine a world without Airbnb. Since being officially launched in 2008, it has become as familiar as Facebook, Twitter and Google. It is part of the growing Sharing Economy trend; Uber is the other major player. Much has been made of Sharing Economy and how it represents a change in thinking. It’s even possible to use apps to find and share cars this way.

The Dark Side of the Sharing Economy

The Sharing Economy idea is certainly a Utopian ideal, and it’s one that Airbnb has used to market its platform. The original concept is that residents in a house rent out a spare room for a little extra income, or that a family rents out their home when they are away for a few weeks. It is billed as a great way to meet people, earn a little extra income, allow people to travel who would otherwise not be able to do so, and give visitors a more authentic glimpse into the daily life of wherever they are staying.

In reality, some more nefarious elements seem to have been creeping into the Airbnb situation for some time. As these short-term leases have become more popular, they have created a serious renting bubble in many cities around the world. Proprietors can make a lot more money with the quicker turnover; in fact, there is a strong argument in favour of Airbnb that the extra income has allowed many people to keep living in cities like London and San Francisco, which are increasingly expensive. Proponents say that the revenue is put back into communities to help them prosper and grow, and this is certainly the line that Airbnb touts.

Criticism Against Airbnb is Growing

The ugly underbelly of Airbnb is becoming more exposed and understood. Rather than a little extra money from rentals in a property that is still their primary residence, many entrepreneurs are renting out fully furnished homes that they are nowhere near. Keys are exchanged through a lockbox, and transients who are not invested in building and maintaining the community replace the neighbours that make up a neighbourhood.

The loss of community is just one of the issues that the growing number of individuals and organisations opposing Airbnb have raised. Others include an increase in crime with so many unfamiliar faces passing through, an increase in nuisances like loud parties and very little recourse with this because the owners are far away, a loss of revenue for hotels and bed-and-breakfast businesses, and more gentrification and loss of heritage in many locales. The primary cause for concern, however, is that in cities where the housing shortage is a critical problem, many possible dwellings have been taken off the market or are too expensive for old-time residents to afford.

Many have said that this system needs to be regulated, and in the same way that some countries have adopted regulations for online services such as casinos and gaming, so too should regulations be enforced on Airbnb.

Governments of many countries are scrambling to keep up with the Airbnb craze as well as how rapidly the start-up grew into a multibillion company. To address the real concerns that have been raised, individual investigation into each city or area is required since the factors affecting each situation, and how they interact, will differ each time.

Regulations around health and safety, how many properties an individual can rent out, how many days this can be done for in a year, the prices that can be charged, the taxes that must be paid and so on, all need to be properly formulated too. If the Sharing Economy is indeed here to stay, we need to use it for the benefit and not the detriment of communities.