App Issues Cause Delays for Sports Betting In Virginia 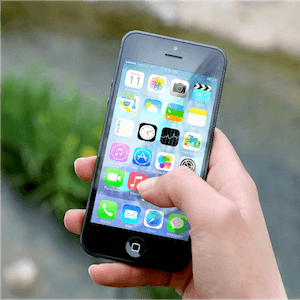 West Virginia’s Wheeling Island Casino has been experiencing some technical difficulties in launching its sports betting platform. The venue was supposed to go live by the beginning of October, however the owner of the venue Deleware North decided to postpone the launch.

The reason for the delay stems from technical complications with the company’s mobile application. The app allows residents to place bets on their sport of choice from anywhere in the state, from their mobile.  This will be a first for the state, and could secure a niche market for the company, but its delayed launched has no doubt cost it some punters.

The company’s owners and General Manager have stated that ensuring the technology works and understanding it, is important to the company’s members. They have started testing at the casino, and although no new release date has been specified, they are aiming to be up and running by the start of the NFL season.

The state of West Virginia became the fourth state to offer legal sports betting following the Supreme Court ruling on the 14th of May. The PASPA ruling made it legal for individual states to regulate and tax the sports betting industry if they so wish.

To date, the sector has already processed an estimated $10 million in bets and generated $2.3 million in revenue for the state.

So far the states Hollywood Casino situated at the Charles Town Races launched its sports betting operation at the start of the NFL season, Mountaineer Casino, Racetrack and Resort opened its sports book on the 21st of November and hopefully the Wheeling Island Casino will be next.

The PASPA ruling has done more than simply let states legalize sports betting. It has opened the doors to complimentary revenue streams within the sports sector. Since the ban was lifted a number of states opted to regulate sports betting. This led to major leagues relaxing rules around gambling company sponsorships.

The NBA has signed deals with MGM Resorts and more recently the French National Lottery. The sponsorship deal provides the sponsors with exclusive league data and marketing. The NHL has signed similar contracts and several of the league's individual teams have followed suit.

As states are watching their neighbours success we are sure to see many more entrants into the market in 2019.