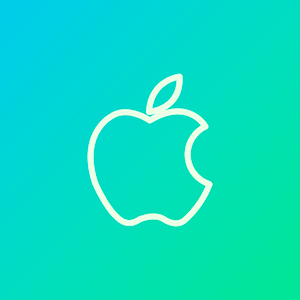 There’s no disputing the fact that tech giant Apple has recorded a year for the history books. The electronics and software specialist is after all the first American company to have broken through the trillion-dollar value threshold. The only other company to have achieved this feat is Chinese oil super-power, PetroChina. PetroChina established the trillion-dollar club back in 2007, but has unfortunately lost more than 80% of its value since then.

In an interesting twist of fate, Apple’s desire to appease its largest customer base, China, may very well be the reason that the tech company this year started to ban all gambling-related applications from its App Store. All forms of gambling are illegal in China, and after increased pressure from authorities, a large-scale purge of all material even closely resembling gambling quickly ensued.

The trouble is that this was obviously done by means of a general and automated process, as a lot of the content removed by Apple has absolutely nothing to do with gambling.

Apple Not Without Flaws

Shortly after the company embarked on the massive-scale removal of supposedly affected content, a major outcry ensued on social media. Confused developers took to the ether to voice their displeasure and to bring to Apple’s attention the fact that not all of the removed apps had been deserving of getting the boot.

What’s worse, the company has been quite secretive about the qualifying criteria used to determine which applications contained elements of gambling. According to a developer based in Copenhagen, Apple’s failure to discern between the related and non related apps may have been an honest mistake, but that did not mean that the move wasn’t worrying and did not have consequences for software developers.

Apple has in the interim started to restore some of the applications previously mistakenly considered to have been running around on the wrong side of the fence.

The actual question here is why the company made the decision that gambling-related content had to be removed in the first place, especially since online and mobile activities are better regulated than ever before.

Much has been wagered in the way of speculation, but the most logical explanation involves the Chinese government and the fact that without China on its retail books, Apple would be just another smartphone manufacturer trying its best to stay afloat.