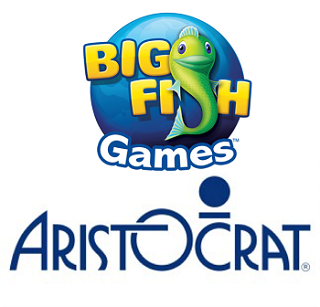 Aristocrat Leisure Limited isn’t an industry leader for no good reason. The company is at the forefront of innovation and technology, always seeking to do more, achieve more. Everything they touch seems to turn to gold. Which is why Wednesday’s announcement that Aristocrat Leisure has successfully acquired Big Fish Games from Churchill Downs is fantastic news for the casino industry.

Aristocrat first revealed in November of last year that the plan to acquire Big Fish Games was in the pipeline and that the intention was to purchase the social gaming company for $900m. Aristocrat further announced that Big Fish Games would continue to function as an independent product and business. The company will function alongside Aristocrat’s existing portfolio consisting of Product Madness and Plarium. Aristocrat had acquired Plarium in a similar deal to that of Big Fish Games, for a slightly lesser purchase price of $500m. This was in October 2017.

Big Fish Games is a publisher of games that are free to play. The games transcend the paid markets as well as the social casino markets and cover a broad spectrum of entertainment value. Trevor Croker, Managing Director of Aristocrat Leisure, reports that this is the big lure and reason why Aristocrat decided to acquire Big Fish Games in the first place. He said that it was a strategic move for Aristocrat Leisure as Big Fish Games provided a scale across the entire digital platform and gaming landscape.

The acquisition would also mean that Aristocrat Leisure’s online social casino would now officially be the second largest casino publisher in the world. Big Fish’s software follows the digital-first criteria platform, something that has proven to be highly effective and has been implemented with great success by the company up until now.

Acquiring the rights to this particular technology as well as the meta-game applications that have been developed by Big Fish Games is the most valuable part of the acquisition deal. The application of this technology by a company like Aristocrat Leisure will hold large implications in terms of value added to the portfolios of shareholders and stakeholders involved with Aristocrat Leisure.

What’s more, a company like Aristocrat Leisure already has the infrastructure in place to apply technology of this nature in the best possible way in order to yield the best and most profitable results.