Home   >   App News   >   Bank Of England Weighs In On Cryptocurrencies

Bank of England Weighs in On Cryptocurrencies 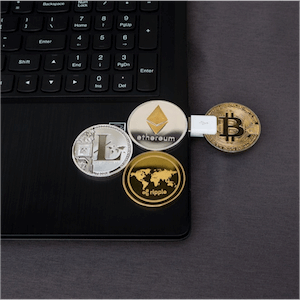 Mark Carney, the Governor of the Bank of England, has reportedly called for cryptocurrencies to be regulated in the same way as the rest of the services offered by the financial services industry.

Speaking to a group of students at Edinburgh University in Scotland, Carney dismissed rumours of a possible ban on cryptocurrencies in Britain. He noted that such a measure would risk missing out on potentially lucrative opportunities posed by their ‘underlying payment technologies’ - in this case, Blockchain.

Talking about the widespread debate about the safety and integrity of digital currency use, Carney added that cryptocurrencies ‘act as money at best’, but only for a few individuals and only to a very limited extent. Even then, he noted, the currencies are only comparable with the traditional fiat currencies of their owners, stating that in short, cryptocurrencies are failing.

There have been numerous major value fluctuations in the prices of popular cryptocurrencies like Bitcoin and Ethereum in the past few months. As always, Bitcoin was the most notable example, reaching an all-time high of over $20,000 per coin in December last year and then plummeting to just $8,000 per coin at the end of February 2018.

Financial authorities around the world have been trying to classify cryptocurrencies and their role in wider financial markets, although different watchdogs seem to have equally differing stances on the topic for now. Some authorities have decided to ban cryptocurrency use outright, while others have taken a more liberal approach and fully regulated their use on local soils.

Clarifying his own stance, Governor Carney noted that a more constructive choice would be to regulate certain aspects of what he termed the ‘crypto-asset ecosystem’ to prevent illegal activities. This, he said, would also help to maintain market integrity and protect both the reliability and safety of the digital financial system.

According to Carney, the time is now to hold cryptocurrencies to the same standards as the rest of the finance world. He noted that being part of the financial system offers many big advantages, but he warned that these advantages come with hefty responsibilities, too.

Authorities in the US and the European Union have launched plans to implement anti-money laundering protocols and anti-terrorism-financing rules to cryptocurrencies, in exactly the same way they would with any other financial service. Now, it seems as though the UK will soon take this route too, with Carney concluding that applying similar standards across the board would close a major gap in Britain’s regulatory approach.