Bitcoins: Changing the Face of Currency and Casinos

Bitcoin is considered the

Bitcoin has many current and potential applications, and one of the areas it could really flourish in is the online casino sector. Many sites allow you to use Bitcoin in addition to conventional currencies, and others are exclusively Bitcoin casinos. The questions gamblers are asking themselves now are, should they be playing with Bitcoin, and are Bitcoin online casinos here to stay? Understanding more about this cryptocurrency, how it works and its advantages and disadvantages should give you a clearer idea as to whether or not Bitcoin is a viable option.

Satoshi Nakamoto conceived Bitcoin in 2008 in a bid to make the world a more equal place so that underprivileged individuals and third-world countries had a chance to get ahead. Many believe Nakamoto was a pseudonym for a group of computer engineers, rather than a single person. Australian Craig Wright has laid claim to the invention and the name, but while he seems very knowledgeable and has lodged several patents, the jury still appears to be out.

However it was created, Bitcoin certainly has changed online finances. Coins are mined using open-source, free-to-download software that allows the video card in your PC to generate huge prime numbers using special algorithms. These are then integrated into the blockchain ledger of Bitcoin. You can also purchase Bitcoin from a Bureau de Change or trusted e-wallet, as mining is becoming increasingly difficult.

Bitcoin’s blockchain technology is the backbone of the system. It means that there is a finite amount of Bitcoin, and that supply and demand is controlled. It also allows for a transparent security system that is difficult to breach. Its egalitarian nature and the fact that it is not influenced by any situation in any country have also been widely praised.

There are plenty of success stories of those who invested in Bitcoin, and many Bitcoin tycoons have been born. The immense surge in Bitcoin prices and the fact that they have become more valuable than gold have made many Bitcoin miners and owners wealthy beyond their wildest dreams.

Yifu Guo invested in Bitcoin early on and has now started a company called Avalon that sells hardware specifically for Bitcoin mining. CEO of BitPay, Tony Gallippi also got in early and now includes Bitcoin in his investment portfolio, and Roger Ver is a huge proponent for the cryptocurrency, having cashed in several coins and made millions.

With an ever-increasing number of Bitcoin investors turning huge profits it’s easy to see why online entities are now keen to be able to accept this cryptocurrency and attract a new generation of customers. 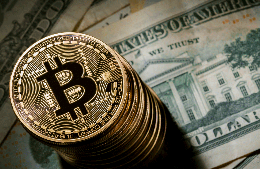 Many reputable Bitcoin casinos exist, accepting and releasing Bitcoin or converting Bitcoin to another currency in deposits, then converting it back for withdrawals. Without the expensive and time-consuming processing of banks, funds are almost instantly available after you’ve made a deposit. You get to keep playing with minimal interruptions. And, since Bitcoin casinos are not currently recognised as legal, there is no taxation on profits – which is great news for operators.

Cutting out the bank also makes the process simpler, more cost effective and completely anonymous, something that many players prefer. It’s also likely to always be good value, thanks to emission limitation, and the safety of the blockchain technology is highly prized.

There are, of course, valid issues around Bitcoin casinos too. The biggest concerns are lack of regulation and volatility. Since no one controls the cryptocurrency, it could become worthless overnight if everyone stops using it and it is subject to violent highs and lows. The lack of regulation also means that you could easily get swindled by an online casino (which, thanks to Bitcoin, remains anonymous) and will then have no recourse open to you.

The massive influx of Bitcoin casinos mean global legislation is still trying to catch up. There is a definite need for updated laws, and Europe in particular sees Bitcoin as more of a threat than an opportunity.

On the whole, casinos that use Bitcoin are technically no more or less secure than other online casinos. But there are enough tricksters out there to mean that you have to be careful, and should only play at licensed, legal and regulated sites. As Bitcoin becomes more mainstream it will become more regulated, but for many, this will remove its allure.