Much to the surpris 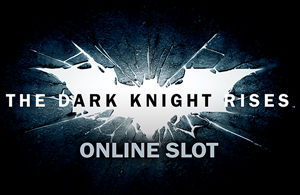 e of Batman fans around the world, the popular Dark Knight and Dark Knight Rises slots games were both cancelled on Monday the 27th of June 2016 by Microgaming. Both of the games were released to tie in with the release of the DC Comics movies of the same names, and were instant smash hits with slots and movie fans alike.

Microgaming has not yet made an official statement as to why the slots have been cancelled. The only statement given so far is that Batman had renounced his old life, packed his bags and headed off to the country, where he will live a serene lifestyle surrounded by birds, with no damsels in distress or bad guys to fight off in sight! It seems a little out of character for our flying rodent loving friend to give up a life of fighting crime, so perhaps he will pop up again in the near future.

In the meantime, Microgaming has plenty more game releases in the pipeline to keep players entertained. While none of the current batch of games has a DC comics theme, there does promise to be some good topical fun. The new football themed slot Shoot! was released at the beginning of July in time for all the action of the Euro 2016 football tournament, and Ninja Magic has already proven to be quite popular.

It’s not surprising that there are fewer comic or movie themed slots available these days. It is notoriously difficult to get licences to produce games using a well-recognised theme or brand, and DC Comics is right up there with the toughest. Not so many years ago there was a similar upset with a Lord of The Rings slot, which was rumoured to have faced issues when renewing licences.

Experts have suggested that this may also be the case with the Dark Knight series, and so far Microgaming has not denied or confirmed these rumours. It does cause one to ask the question of whether the licensing is getting too strict and actually preventing the spread of the branding. The concept of licencing is to permit the use of a well-known brands under certain rules, and to ensure that royalties are paid to the creators. Creating licences that are designed in such a way as to be inaccessible to licensees is counterproductive. Perhaps a shift is coming soon.