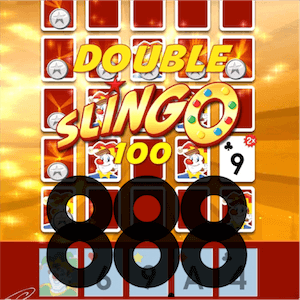 Under a brand new content deal, Slingo’s online bingo games will soon be on offer through 888’s Dragonfish online and mobile bingo networks. This announcement has followed the signing of a multi-year content agreement with Gaming Realms, the developer of Slingo bingo games and content.

888 Holdings and Gaming Realms reached an agreement over their terms that is set to have a widespread impact on the mobile bingo industry going forward. In 2018, Gaming Realms has granted 888 an exclusive gaming license that will allow it to offer Slingo content, and thus provide its players with a wide new range of market-leading real money bingo titles.

Slingo is essentially a collection of games that have merged the concepts of slots and bingo to create a totally unique, instant cash game. Gaming Realms is the sole owner of all Slingo content, but the creation of these original games is relegated by the developer to a dedicated subsidiary studio named Slingo Originals.

Slingo Originals has been expanding its selection of games for many years, and 888’s Dragonfish network will soon be boasting more than 15 different Slingo titles now that the content deal has been finalised. From here on out, more Slingo games may well also be released by their developer, and will be covered under the deal, appearing at 888’s gaming websites shortly after their launch.

On announcing the new deal, 888 has revealed that it plans to introduce the Slingo games across over 200 of its Dragonfish online and mobile bingo sites. The Dragonfish network is dedicated almost exclusively to virtual bingo gaming, making the arrival of Slingo games a refreshing change while still keeping to the brand’s traditional bingo offerings.

Further Titles To Be Added In 2018

To date, the gaming studio has created a number of original and licensed Slingo games that are compatible with a variety of desktop and mobile devices. Most of the developer’s games are created with a mobile-first design, and include popular titles like Deal or No Deal, The Price is Right, Rainbow Riches, the X-Factor, and Britain’s Got Talent.

Furthermore, there will also be more new casino games coming to Dragonfish bingo sites in the near future. The games that players can expect to see later in 2018 include Slingo Reel Extreme, Magic Mine, Wheely Wheely Big Win, Slingo Riches, Bar-X Colossal, Pigasus and Friends, and Pay of the Dead.