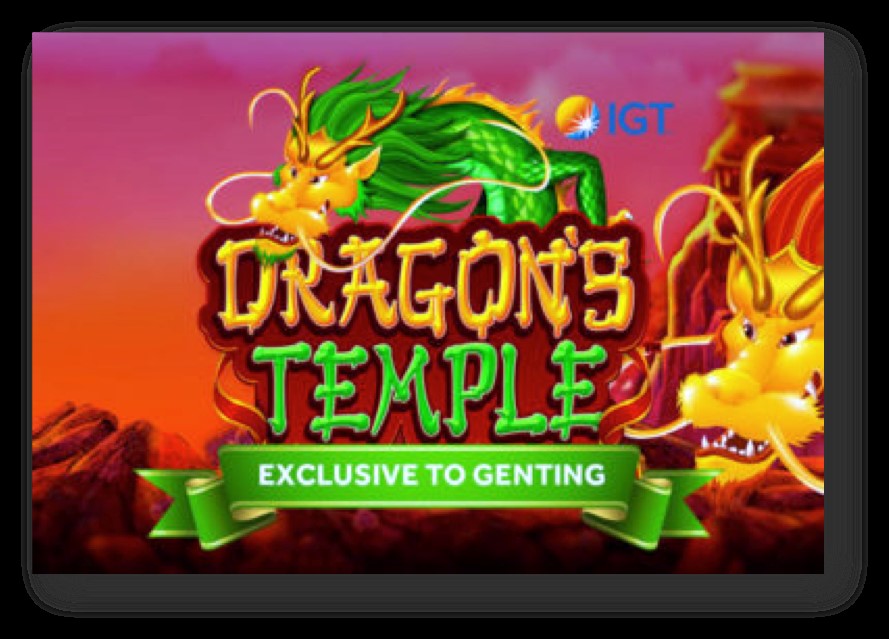 The Genting Group, a Malaysian conglomerate, was first formed in 1965 and has over 50 years of experience in world-class brick-and-mortar casinos. Their online Genting Casino, established in 2010, has earned a reputation for high-quality games, security and customer service that is similarly solid to what the Group has always been known for offline. Its exclusive rights to offer the new Dragon’s Temple slot from the IGT platform is further proof of the esteem that the casino is held in, and should make it an even more popular online destination.

While the game will be more widely available later, for a month the only place to play Dragons Temple will be at Genting Casino. The title has been eagerly anticipated by IGT’s many enthusiastic fans, which knew from the developer’s other releases like Siberian Storm, Pharaoh’s Fortune and Cleopatra that they would be in for a treat with this new game.

It seems that Dragon’s Temple, based on Eastern mythology, is definitely not going to disappoint. The idea of fire-breathing dragons is central to a lot of these legends, and has taken centre stage in the game too. Golden beasts are twined around the pillars that separate the reels in the game, and dancing dragons are the symbols for the expanding wilds that often trigger massive wins in both the base and the bonus games.

These bonus rounds are triggered by the appearance of the Yin-Yang symbol across the reels, and players get to choose between 3 options. They can spin the reels for free 15, 10 or 5 times, with the third reel, the second and fourth reel, or the first, third and fifth reel completely wild all through the round. In an eastern-inspired twist, players are allowed to choose their own fortune with Dragon’s Temple.

The action plays out over 4 lines, 5 reels and 50 paylines, and the oriental-style music helps to take the theme even further. Traditional sound effects that punctuate every win, as well as accompanying animations, will help players to celebrate even more.

Genting Casino is well worth playing at in any case, and the exclusive offer of the Dragon’s Temple slot game makes it even more appealing for players who want to enjoy all that this game has to offer.