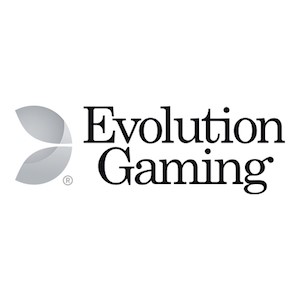 The undisputed masters of live casino, Evolution Gaming, are starting to see the results of the hard work of the last year. The company reported a 41% increase in operating revenue for the third quarter (Q3) of the year. The grand tally for Q3 is €64.3 million ($73.3 million). Even more impressive is the fact that the company’s EBITDA has soared by an incredible 28%, which is a milestone in and of itself.

The end-result is that profits increased from €16.8 million all the way up to €21.2 million, and shareholders are smiling all the way to the bank what with the earnings per share having risen from €0.47 to €0.59.

Chief Executive Officer, Martin Carlesund, puts it down to high demand and excellent growth. Evolution Gaming is best known for its live casino tables, which is also the company’s main generator of revenue income.

Carlesund pointed out the company’s overall growth-margin was largely impacted by the demand for tables having grown much faster than initially expected. According to the CEO, by the time the third quarter drew to a close, the company had 500 live tables in operation. He also said that the growth margin is expected to improve even further by the end of the fourth quarter.

The Stockholm-listed company’s live casino tables have been taking the market by storm. Evolution recently launched its very first live studio in the US, thanks to New Jersey’s regulated market. The studio is the company’s 10th live studio, globally.

The new Atlantic City Studio is very obviously the company’s pride and joy, and has been referred to by Carlesund as the main milestone achieved in the current quarter. For Evolution, the New Jersey studio is only the beginning of its journey in the US. It now anticipates the launch of the state of Pennsylvania’s intrastate online market, which is expected to come into force early in 2019.

The company believes that it is well positioned in order to take full advantage of further intrastate developments in the US, as time progresses, and that its relationship with US-states will be a long-term endeavour.