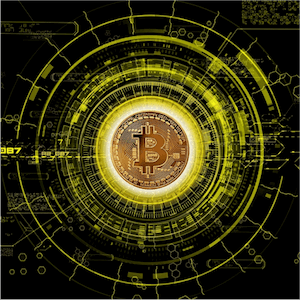 Host Games has said that the development its blockchain-based online casino playing protocol is going ahead. The start-up for casino software confirmed these plans in an announcement that it had reached $2 million in private pre-sales for strategic investors interested in the project.

This $2 million figure was the soft cap goal, and means they have the resources to begin building the protocol. The idea is to build a complete, fully programmable playing infrastructure using blockchain technology, which will be the first of its kind in the world. From there, the company wants to strengthen the connections between land- and Internet-based establishments.

The Host Games Platform is intended to decentralise online casinos, allowing everyone to host one of their own. In the same way that cryptocurrencies use the blockchain to spread economic strength and resources more evenly among more people, the technology will be leveraged to create a robust, scalable and secure peer-to-peer online protocol.

With a blockchain-based platform, the company hopes to distribute power more evenly among players and any individual wanting to operate Internet-based facilities. Concentrating on emerging markets should provide more opportunities to those who need them, and is easier than working within the constraints of those that are more established.

Host Games’ protocol will also make tracking funds much simpler. The blockchain register means it is impossible to conceal or manipulate transactions and game results in any way, including doctoring the records later. This is just what the millions of fake websites that are created each month try to do.

Chief Executive Officer Amit Kanodia explains that by bringing operators onto the blockchain, his company hopes to reduce or even eliminate these risks to record security. In brick-and-mortar establishments, there is often the concern that the odds are stacked against players to create steep house edges. The new platform would eliminate these worries too, and the ultimate goal for Host Games is to solve the inefficiencies of casinos online and on land with the blockchain.

In the first phase of development of their complete, fully programmable infrastructure, Host Games will release a decentralised application on Ethereum’s blockchain. This will enable anyone to host Poker, slots, fantasy sports, Roulette and other games.

Later, they intend to launch a bespoke blockchain of its own. This will power existing decentralised applications and future applications, and will also support third-party application integrations. Finally, with strategic alliances and partnerships, the company plans to bridge online and land-based facilities, so that a totally new paradigm for operating casinos is created.