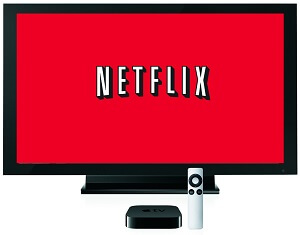 If you haven’t heard about Netflix, you’re likely very detached from the digital era of entertainment. Netflix is big news around the world, offering up quality entertainment in the most convenient way possible. With hundreds of movies, and thousands of hours of series, Netflix is the way many are choosing to get their visual entertainment today.

The live streaming digital service has taken off in a remarkable way, rocketing up the Fortune 500 and gaining popularity at an alarming rate. So much so, in fact, that Netflix can arguably be called the most successful revolutionary tech company in the world.

And, if it wasn’t already obvious, the incredible success of Netflix is already having profound impact on other entertainment industries. In fact, many are already hinting that traditional Hollywood and television networks are feeling the heat. And who can blame them? Netflix flies in the face of almost everything traditional visual entertainment has been built on.

The Story of Netflix

Netflix has been around for considerably longer than many assume. Officially founded in 1997, in it’s original form; Netflix was a mail order DVD rental service. No streaming services were offered at the time, due largely to the fact that this would have been impossible throughout most of the world. The streaming aspect of Netflix only launched many years later, when broadband Internet services became more widely available.

At launch, Netflix has only 30 employees, and 925 movie titles. By 2000 the concept of a flat monthly fee was introduced, allowing users to watch as many titles as they wanted per month, as opposed to paying a set fee per title rented. It was this change in business model triggered the initial big growth of Netflix. By 2001 Netflix had roughly 300,000 subscribers.

In 2005 the idea of digital streaming became possible. YouTube was already drawing viewers in enormous numbers, giving rise to the concept of Netflix streaming content live online. In 2007, the company would officially begin moving away from physical DVD’s, and focus more on streaming.

By 2013 Netflix reported having over 27 million subscribers in the United States alone. 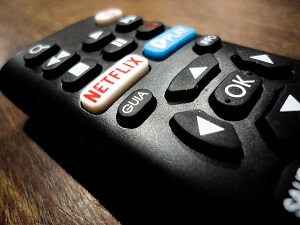 The ‘on demand’ approach of Netflix has all but revolutionised the way people expect, and consume, visual entertainment. Much like the way online and mobile casinos have changed the face of gambling, advancing technology, improved access to the Internet and increased Internet speeds have been a driving force in revolutionising the TV series and film sector.

The phrase ‘binge watching’ has also now been coined, indicating that users often watch hours of series consecutively, as they wish, as opposed to waiting for daily, or weekly releases in the standard television format. This has put many standard television broadcasters at a disadvantage.

And it is not just television that is under threat from the new on demand approach of Netflix. More recently Netflix has been venturing into big budget film territory, with the recent release of Bright, staring Will Smith. Netflix reportedly paid a whopping $90 million to secure the movie for a Netflix- only release, outbidding a number of Hollywood studios. The movie was not well received by critics, but its purchase was an indication of Netflix flexing its muscles in the big budget movie department.

But will Netflix ever truly kill traditional cinemas and Hollywood studios? It seems that, at the very least, Hollywood will have to undergo some evolution, in order to compete with on demand services such as Netflix. Since it is clear that big budget movies are not beyond the reach of Netflix, the question is what Hollywood studios can offer, that Netflix does not.

Big screens and 3D is the only answer to that question presently, but no doubt Hollywood has a few tricks up its sleeve too, and the future of entertainment, much like Netflix, will move with the times.