Huge Potential For Mobile Gaming In 2018 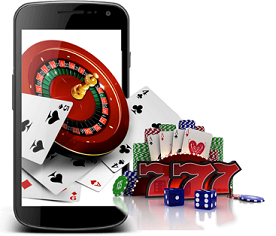 With the mobile gaming revolution now in full force, almost everyone with a mobile phone or tablet has at least one gaming app saved, if not more. With a multitude of options now available for gamers and punters alike, mobile gaming is becoming increasingly more convenient and accessible as its demand continues to skyrocket.

The industry’s growth during 2017 was nothing short of spectacular, which begs the question: what does the future hold for mobile gaming and betting in 2018? Experts are already predicting continued success for mobile operators and developers, as well as even more exciting innovations in the fields of AR/VR, social gaming, and skills-based mobile titles.

Armchair Empire has so far predicted that AR gaming will definitely be here to stay in the New Year. While games like Pokémon Go have faded somewhat from public view, there is no doubt that there is still a huge demand for augmented reality games to shake up the traditional mobile gaming experience.

Casino game developers and traditional game creators like Niantic alike both have plenty of AR projects in their pipelines that are due for release in 2018 – including the very first AR mobile casino games from developers like NetEnt and Play ‘n GO. Niantic also has a new Harry Potter AR mobile game set to launch next year, building on the success of its first AR game back in 2016.

Better betting and gambling apps are also on the cards for mobile players in 2018. Almost every reputable casino brand now has a mobile app, and even sports betting, lottery and bingo brands have joined the bandwagon to supply their players with instant mobile gambling options.

With that said, this industry niche is still fairly new, and many operators are set to upgrade their betting apps in the New Year to stay up to date with the latest devices and operating systems. With the mobile gambling movement growing so rapidly, casino apps and their creators will need to keep up with industry trends or risk losing players to their newer, sleeker, and more feature-packed counterparts.

Of course, along with better gambling and gaming platforms will also come some other new developments, including more advanced smartphones and tablets, and improved mobile games as well. The release of Apple’s new iPhone X last month has already begun to revolutionise the mobile gaming industry, followed closely by Samsung’s new Galaxy S8 flagship phone.

Lastly, the games available for these devices will also no doubt boast even bigger and better gaming features in 2018. Skills-based gaming is already being investigated by numerous developers in an effort to capture Millennials’ attentions, and more social casino games than ever before are likely on the horizon as well as the way we play mobile games continues to evolve.