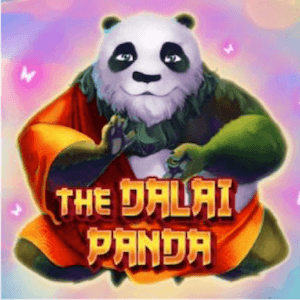 You may have heard about his holiness the Dalai Lama, now get ready to meet The Dalai Panda! If the Dalai Lama is the epitome of a holy life, then The Dalai Panda is the embodiment of ultimate wisdom. The new online and mobile slot is from the creators at iSoftBet, a leading casino software developer and it may very well be their most creative and innovative game released to date.

The Panda’s influence extends over multiple reels and most of the usual special feature suspects can be found in the slot’s inner workings. The slot is centred on a unique plot. The wise bear, when sensing that bigger wins are in fact possible, will magically manipulate the game’s reels. The end-result? A staggering 729 ways to win! Now that’s pure magic, for sure.

Most Popular Release To Date

The X-factor here is without a doubt the fact that the game is played on two separate reels that spin in a simultaneous fashion. Special features abound, including Extra Wilds, a Free Spins Bank that is ever-growing, Wild Reels and more multipliers than what anyone could hope for.

Chief Commercial Officer at iSoftBet, Michael Probert, agrees that The Dalai Panda will in all likelihood become the developer’s most popular slot to date. Players tend to fall in love with mystical creatures in the animal-world, and this particular Panda is a particularly affable one. What’s more, due to bear’s infinite wisdom, players rake in the winnings at a 95.81 return-to-player rate.

This particular Panda is obviously not just another pretty face.

Prestigious Award In The Pipeline

The Dalai Panda ticks all of the boxes, and we’re not even a bit surprised. iSoftBet has been creating quality content for many years, and the company was recently shortlisted for the Game Developer of the Year award at this year’s SBC/Casino Beats Awards. The awards ceremony takes place in London, England, on the 4th of December.

It’s a prestigious award to be granted to any developer, and judging by the quality of iSoftBet’s range of games, we think that most players familiar with the brand will agree that the team is absolutely deserving of the honour.

In the meantime, may the ever-wise Panda continue to award wins to players on desktop and mobile.