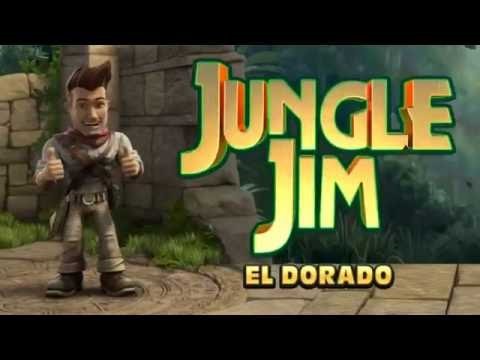 Rooted firmly in the tradition of Indiana Jones, Lara Croft and a host of other grave-robbing, temple-raiding adventurers, the game should more than make up for the leading software developer’s recent somewhat standard and less than inspiring releases.

Players will be able to join the main character of the video slot, developed for online and mobile platforms, as he heads deeper and deeper into a dense South American jungle, searching for El Dorado, the fabled City of Gold.

The new game marks a return to the developer’s renowned HD graphics, animations and thematic sound effects. It will have five reels and 25 paylines, a 0.20 minimum bet and a 200.00 maximum bet, and numerous special features.

Cascading symbols with multiplier wins, free spins with multipliers and Wild and Scatter symbols are among the game’s bonus features. The game is filled with themed symbols such as chests filled with gold coins, turquoise serpents, uncut precious stones, various artefacts, and of course, Jungle Jim. The reels are set in a stone chamber littered with gold. The absence of lines on the screen means the symbols appear suspended in mid-air in the chamber.

One of the game’s exciting features is its cascading symbols with multipliers. Whenever three or more symbols form a winning combination, those symbols will explode and disappear before being replaced with new symbols. If wins are landed consecutively in this way, the multipliers for those payouts will increase in size.

Jungle Jim – El Dorado has a free spins round that’s triggered by its Scatter symbol. The round will offer players 10 free spins in which the multiplier could increase to as much as 15x, if several wins land on the reels consecutively. The game’s Wild symbol will have the ability to substitute for other reel symbols, so it can help them land winning combinations.

If Microgaming’s promotional video is anything to go by, Jungle Jim – El Dorado should be a shining example to naysayers of why the developer continues to be held in such high regard by players and operators after more than two decades’ involvement in the industry.

The new video slot will be available at online and mobile casinos powered by the award-winning developer soon after its September release date.