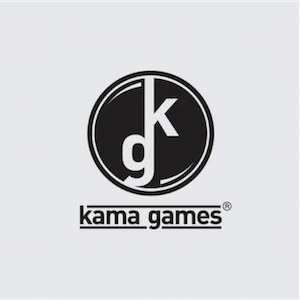 Online gaming publisher KamaGames has launched a new social poker option to its stable of games on its Pokerist app. Players who want to play online and still thrive from the social interaction of the game, can now get Split Bet Poker in the app.

Social poker is a popular choice for those who like to socialise with other players while placing their bets and weighing up the hands of their competition.

Split Bet Poker was introduced last week and adds to eight the number of options available on the social mobile poker operator’s app. The gaming option is fairly straightforward. Each player places their wager and starts off with three cards. If they aren’t happy, then they have the option to take back a third of their put-down bet.

Once the first two community cards are laid bare they can still choose whether they want to reclaim a third of their wager.  The winner is declared after the final community card is dealt and the hand beats that of the dealer.

The skill of the game is in determining whether to take back a third of the bet based on the three cards dealt out or adopt a wait-and-see approach to what the first two communal cards will be.

If a player has a potential flush or straight then they will probably take the risk and keep the full wager on the table. Players with low cards and who are in doubt can opt out and lose two thirds of their betting money, leaving them with that little extra they otherwise wouldn’t have had.

KamaGames has added in a unique twist to differentiate the game from others. Split Bet Poker offers two side bets.

There is an option to widen the playing field and chances of winning more money by selecting a Lucky 3 or Lucky 6 bet.

Lucky 3 is a bet on how ‘lucky’ the first three cards dealt are and whether they will win the round.

Lucky 6 improves the odds of earnings even more. Players can place this bet in the hopes that their three cards, plus the two community and a sixth card will give them the winning hand.

The game can be downloaded and played through the Pokerist app; which has been claimed to be one of the most comprehensive portfolios in the world.