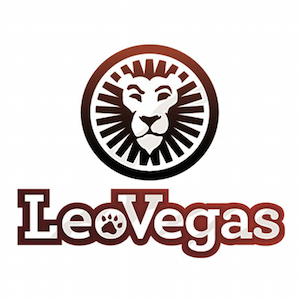 Following what the CEO has described as the most challenging year in the company’s history, mobile-first casino brand LeoVegas has postponed reaching its anticipated growth targets by a year. The company encountered several unforeseen challenges that it had to navigate for the first time. However, it still closed the final quarter of 2018 strong, and has launched into 2019 with excellent growth in the first quarter.

The company’s official Q4 report shows a 25% revenue increase for the final quarter of last year, as well as a higher year-on-year gross profit. However, they have listed several challenges that have forced it to move its target of €600 million in revenue and an EBITDA of €100 million from 2020 to 2021. These include regulatory changes, large investment projects and poorer performance from key markets such as the UK. Following the announcement of the target postponement and release of its financial results, the share price dropped by 2.8%.

Another factor was the significant investments made in large-scale projects such as a revamp of its front-end user platform. This created a dramatic increase in the company’s personnel complement and salary bill. This ate into the operating profits by €700000. Moving forward one of its strategic areas of concentration will be the streamlining of processes and cost control.

In other areas, the 2018 revenue closed at €327.8 million, a 51% increase on 2017, organic growth was slow at 7% largely due to lower contributions from the UK market. The largest revenue contributor came from the LeoVegas online casino at 77%, its UK facing brand Rocket-X contributed 10% and the balance came from its online casino, Royal Panda.

The company experienced a 13% increase in customers in the final quarter; a 13% improvement and an NGR increase of 21%.

The industry-leading group has enjoyed a continuation of the growth it experienced in the final three months of 2018 in 2019. To date, the first quarter's revenue is up by 16% at €28.7 million. 2019 has also already enjoyed a 42% increase in depositing customers over 2017’s first quarter.

Having started 2019 with a string of acquisitions, major technical investments, regulatory changes, and several awards, the company is expecting a successful year ahead with LeoVegas front and center of the gambling industry.