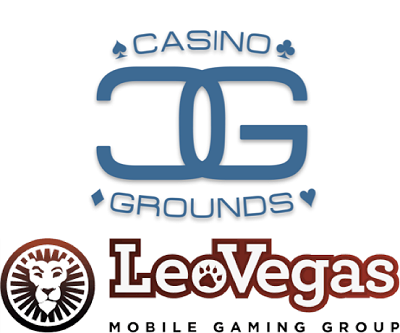 In the latest iGaming M&A news, mobile gaming giant LeoVegas has now announced its acquisition of a 51% majority stake in GameGrounds United. GameGrounds is the current owner of the popular Casino Grounds streaming network, and has now become partly owned by the aforementioned expert in mobile gaming services.

Under the terms of the newly signed agreement, LeoVegas will be required to pay an initial consideration of $3.5 million to acquire the majority stake in GameGrounds. Furthermore, a potential maximum earn-out payment of SEK15 million will be imposed on the firm as well.

LeoVegas, which will be making the acquisition of the shares through its subsidiary, LeoVentures, is expecting to complete the transaction in question by January 1 next year. CEO of LeoVegas, Gustaf Hagman, has noted that in Casino Grounds, his firm sees a ‘new behaviour’ in which players who are interested in casino games are now watching others play these games using streaming platforms like YouTube and Twitch.

The CEO noted that Casino Grounds has created a brand new niche in the iGaming industry through its live streaming and social casino platform, which he revealed has apparently been ‘highly appreciated’ by players around the world. It is for this reason that LeoVegas has chosen to purchase a stake in the firm, which could give it an advantage over other operators in this exciting new gambling niche in the near future.

Hagman went on, noting that the combination of proprietary gaming content and the streamed picture format provided by Casino Grounds will create exciting opportunities in the future, which are in line with his company’s own strategy to become a leader in innovation and entrepreneurship.

This historical deal has come just weeks after LeoVegas completed its acquisition of fellow iGaming operator Web Investments Limited in November. Web Investments is the firm behind the successful Royal Panda gaming brand, giving LeoVegas even more leverage with which to achieve its goals and become one of the world’s leading mobile casino gaming providers.