The Genting Group is 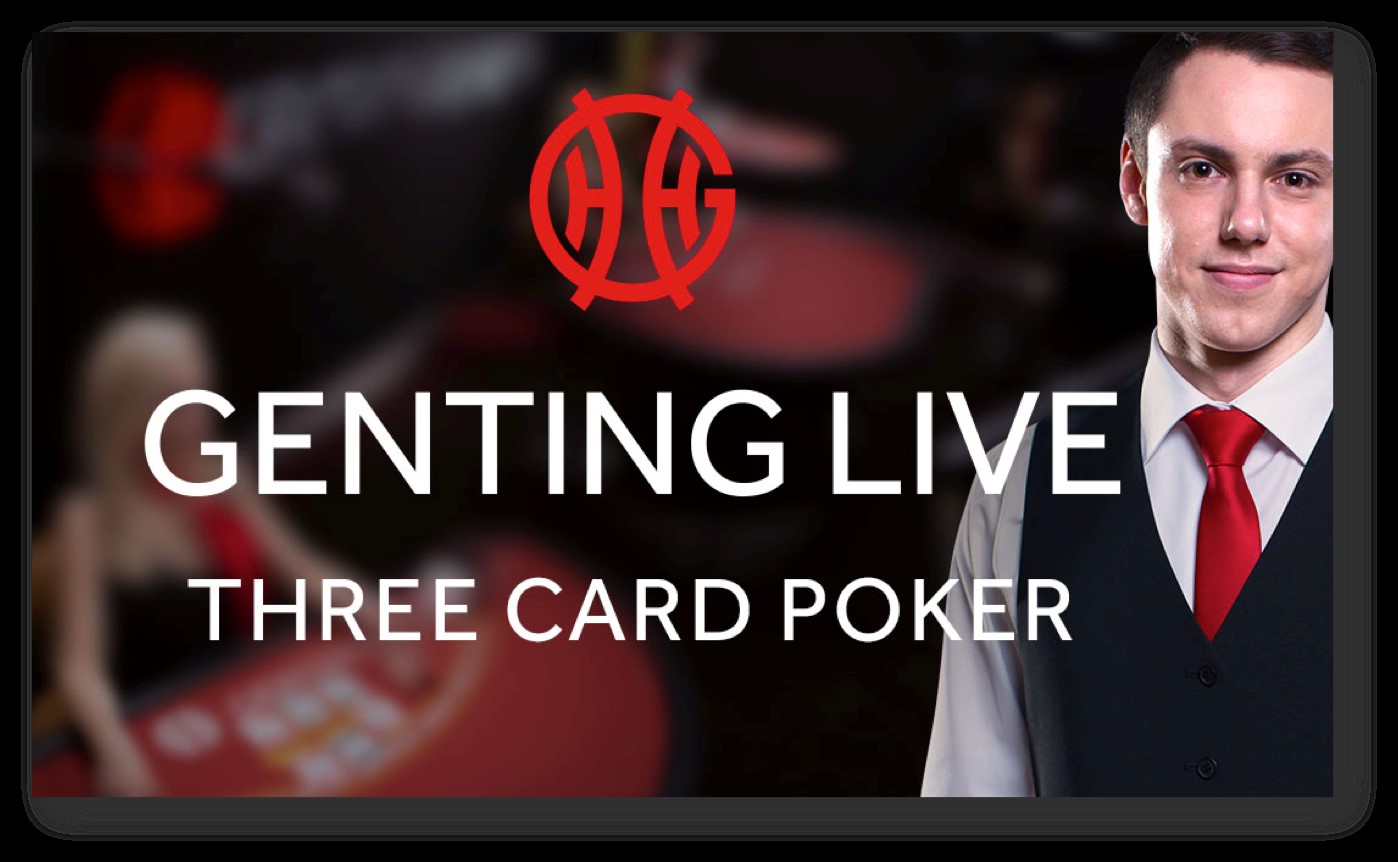 a Malaysian conglomerate that was established in 1965, and is well known and respected throughout the casino industry. Among other diversified enterprises, they have been operating integrated resorts and casinos for over 40 years, and their online casino went live in 2010.

Now Genting online casino has launched Live Three Card Poker games, bringing what is arguably the world’s best-loved card game straight into players homes. Three Card Poker is different to usual games of Poker in a few significant ways: it’s played with 3 cards instead of 5; players go up against the Dealer instead of head to head with each other; and it actually consists of 2 games in 1.

When playing Live Three Card Poker at Genting players will get to interact with a trained and professional dealer, and will not be sharing their table with players from any other platform, as they would have to with a syndicated casino. The exclusive experience is brought to their screens by a high-definition video feed, and is as close to a brick-and-mortar casino game as it is possible to get online.

The game table has 3 circles, with the outer being for the Pair Plus Game. Putting money on this circle is considered a little simpler, because if a player is holding a pair or higher they win the bet. Nothing in the Dealer hand influences what happens, and neither does anything that happens in the other hands.

The 3 cards in the Dealer’s hand are then revealed, and must include a Queen high for the game to continue. If this is not the case players’ Play bets are retuned and Ante bets are paid out 1:1, while if there is a Queen high the hands of the player and Dealer are compared. A winning hand will pay the player even money for the Ante and Play bets, while a losing hand will mean they forfeit both wagers. If the hands tie, the round goes to the player.

Genting’s online casino is regulated and licensed by the Alderney and the United Kingdom Gambling Commissions, so players can be sure that the team has committed themselves to high international standards and are regularly monitored to make sure that they are doing so.

The brand is renowned for knowing and delivering what players want, and it seems to have delivered again here. The quick and exciting gameplay that has made Three Card Poker such a worldwide hit are enjoyed in a smoothly functional and enjoyably exclusive setting.

Genting has once again set the bar incredibly high, providing players with an authentic and realistic Live Casino entertainment experience.