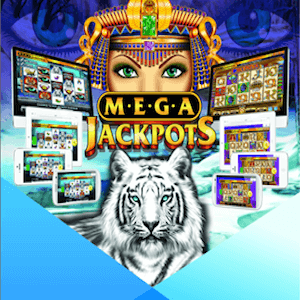 Last week, a lucky player playing an online video slot from IGT managed to land a life-changing jackpot win. The player in question struck the IGT Megajackpots progressive jackpot for an impressive prize with a total of £679,140 (approximately US$906 882,81).

More details have yet to be revealed on the exciting win, but it has been confirmed that the jackpot was indeed struck by a player at an online casino. The win is the 38th major payout for the slot in question since 2009, which pays out £849,553 on average every time it is struck.

The jackpot also pays out frequently, at an average of every 11 weeks or less. The largest prize ever triggered on the game was a massive win of £2,148,947, which was landed by a player back in September of 2013.

The IGT Megajackpots jackpot is awarded totally at random, with the prize shared between a network of unique IGT video slots. It is not yet known which slot in particular paid out the big win, but the jackpot network consists of popular titles like Megajackpots Monopoly, Megajackpots Cluedo, and Megajackpots Cleopatra.

Megajackpots Monopoly is a branded online slot with 9 lines and two exciting bonuses on top of its main jackpot. The Pass GO bonus can be activated by landing three scatter symbols on an active payline, allowing players to enjoy an interesting board game-themed bonus round. Landing 3 or more Chance symbols on the last three reels will also trigger a Chance Win Spin bonus with free spins in store.

Megajackpots Cluedo is another board game-themed title with 20 paylines. Based on the smash hit murder mystery game, this slot boasts 15 free spins and 3x multipliers if players can land three mystery bonus symbols on its reels. The special Megajackpots symbol also acts as a doubling multiplier on all base game wins.

The last title in the network is Megajackpots Cleopatra. With 20 paylines and a classic theme, this Egyptian video slot offers up to 15 free spins and tripled wins for all players who can land 3 Sphinx symbols anywhere on its reels. The Megajackpots symbol again acts as a 2x multiplier in the base game as well.

Last but not least, all three slots also award the tempting Megajackpots progressive jackpot feature, the prize of which can be triggered by landing 5 Megajackpots symbols on the centre payline at maximum bet.