It’s been that time of the month again when one of the most recognised brands in the online and mobile casino industry brings joy to the masses. This month of February 2016 has seen Microgaming unveil Bikini Party Mobile Slots, another feather in the cap of a company with more than 20 years of creating innovative titles, and another addition to the various mobile casino operators that make use of their award-winning software.

Bikini Party, as the name suggests, is centred around a group of bikini-clad models having fun in the sun on the beach. This new mobile casino game employs a proven gaming engine and thus creates a gaming experience sure to entice loads of game play. 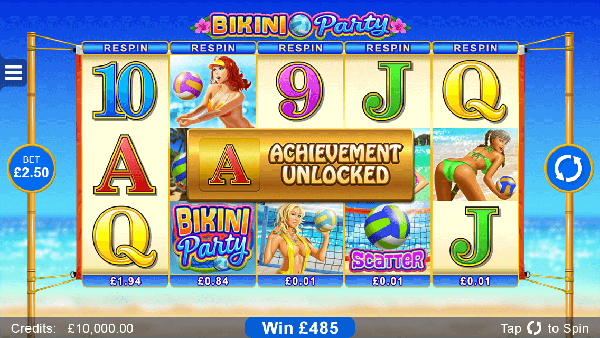 Bikini Party Mobile Slots offers 243 Ways-to-Win, a cool re-spin feature in the base game and a more-than-decent free spins feature. The artwork does not fail to disappoint, so much so that players cannot be blamed for simply wanting to play the game for the sole purpose of observing the imagery. Done in a Japanese anime style, the visual artists of this mobile slots game have given the girls a whimsical attitude combined with quirky fashions.

The game also comes with an Achievements feature, which means that each casino that offers this game can hold promotions based around this feature. It also encourages more game play as players are further incentivised. 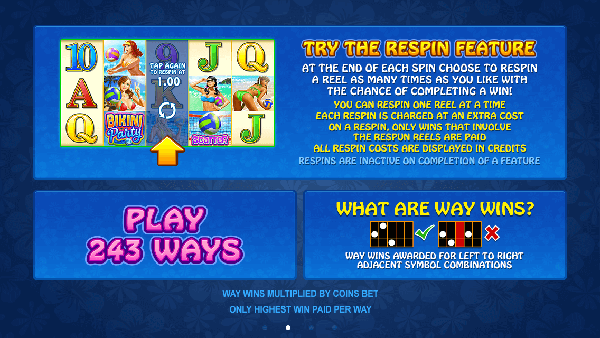 Bikini Party comes with a re-spin feature in its base game, which allows players to choose any one of the reels to be re-spun for extra chances at winning. Three or more Scatter beach balls will unlock the Free Spins feature where 15 spins are waiting, along with a triple multiplier and the possibility at retriggering the feature. 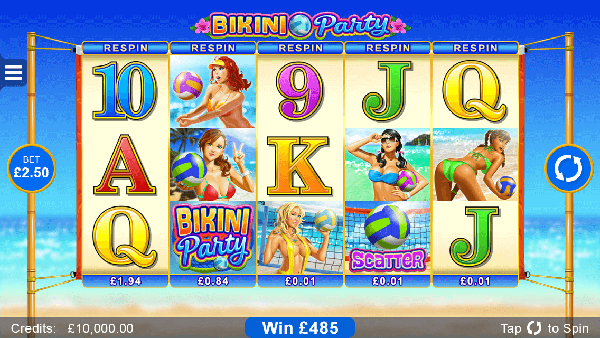 This mobile casino game is available as a casino app for iOS and Android operated smartphones and tablets, and offers winnings of up to 60 000 coins. It can be enjoyed right now at JackpotCity Casino along with a top-drawer casino bonus.