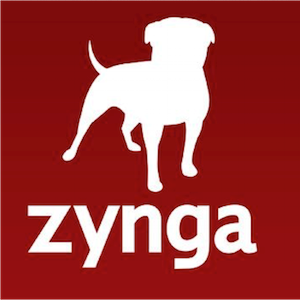 Zynga, the social gaming company, has posted its full-year profits for the 1st time in 7 years as a result of record-breaking mobile revenue.

In the company’s yearly results for 2017, Zynga, led by the former head of the mobile division for Electronic Arts, or EA, Frank Gibeau, revealed that revenue stood at US$861.4 million, which as an increase of 16% from 2016.

In November last year the company launched Words with Friends 2 as a follow-up to the incredibly successful social gaming title of the same name. Available to download from Google Play and the Apple App Store, the updated sequel includes a variety of new features that were introduced as a direct result of player feedback, with this kind of response to players being part of the reason this company is so successful, no doubt.

Zynga reported bookings of US$223.8 million for the 3 months to December 31st, a number well above the analysts’ estimation of US$213.9 million. This is by far the strongest quarterly top line performance since Q1 in 2013, which was the prime of pioneering titles like Farmville.

Zynga saw an increase in active daily users of 24% year-on-year, reaching 20 million by the quarter’s end, the highest that it’s been in 4 years. Monthly active users saw 45% growth year-on-year, and ended 2017 at an incredible 76 million.

Zynga released a statement that explained that they had worked on improving their business fundamentals in 2017, and had driven considerable growth across their audience, operating cash flow, profitability, and top line.

The statement further revealed that the company is starting this year with the strongest mobile game portfolio in Zynga history, and said that they were very excited about the new titles that were in development across their global studios.

Zynga stated that their execution and overall performance over the course of 2017 had given them confidence in their ability to keep growing the company and achieve their near-term margin goals later on in 2018.