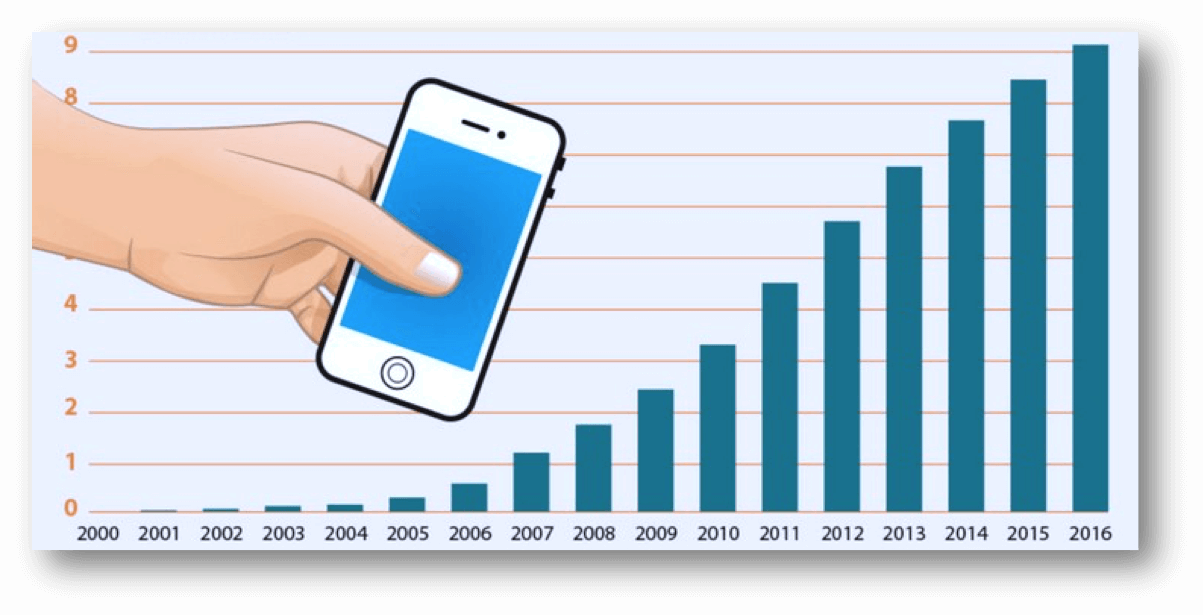 Mobile casinos are in for a particularly lucrative future, if mobile growth predictions for the next 5 years come true. The mobile iGaming industry has boomed in recent years, and that boom looks set to continue.

PCMag.com reported that smartphone subscriptions around the world are expected to increase to 6.1 billion by 2020. That figure is more than double the current number of subscriptions.

A Juniper Research study estimates that almost US$1 trillion will be bet online by the end of that year, and that the bulk of those bets will be placed on mobile devices.

This is hardly far-fetched, considering that 85 countries around the world have legalised online and mobile gambling. It is likely that more countries will follow suit.

If the projected mobile growth over the next 5 years sounds impressive, the industry’s most recent annual figures are just as mind-boggling.

Approximately US$500 billion was wagered online in 2016. Of that, US$200 million came from regulated casinos for US players, while almost 70 per cent of the total amount was contributed by mobile play in the UK.

Conversely, a rough 10 per cent of last year’s total online bets were placed at online casinos via a computer. Those figures show that, even though some software developers and casinos keep their focus resolutely on online first, mobile has become the preferred platform of the majority of players around the world.

The massive growth in the mobile casino industry is being driven, perhaps unsurprisingly, by millennials, the first truly mobile generation. While many older players may have a love-hate relationship with smartphones and tablets, integrating them into daily life is almost second nature for millennials.

An increasingly pervasive mobile consciousness has forced not only online casinos but also traditional casinos into action. Mobile gaming can no longer be ignored, and so mobile casino platforms must be cultivated if operators and establishments wish to remain relevant.

There can be no doubt that the future of mobile gaming is going to be an interesting one.