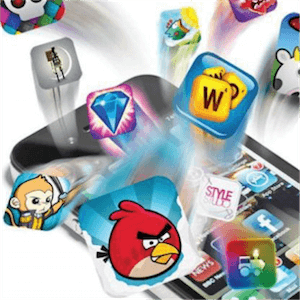 Gaming on the move, or mobile gaming, has changed the online gambling landscape for good, with players signing up and gaming away wherever they are, at all hours of the day and night. The benefits of the culture of instant access cannot be overestimated, especially for the online casino industry. But it now seems as if online gambling isn’t the sole beneficiary of the rise of the smartphone.

A recent report indicates that mobile gaming has also greatly aided the rise and the growth of social gaming. The free-to-play arena has seen vast growth and expansion thanks to the fact that its players too, can tune in on the go.

According to a research note compiled by Eliers & Krejcik Gaming, the social gaming market has grown by a whopping 18% in its entirety, during the first three months of 2018. During those first three months, revenue income has escalated to $1.27million, all thanks to users playing social games on their mobile devices.

Adam Krejcik, principal at Eliers & Krejcik Gaming, has confirmed that the United States market for social games has grown $4.72 billion over the last year, which is a 20% increase when compared to the previous year. However, mobile gaming is up with an even larger percentage, having seen a 25% growth rate for the same period.

It becomes obvious then, where the bulk of the revenue growth is coming from. The social gaming arena is all about players being offered access to free-to-play games. Throughout the scope of the games, players are then able to purchase additional in-game features, which is where the industry’s revenue income is generated.

A handful of companies dominate the social gaming scene, including Playtika, which is possibly the largest of them all. Playtika controls popular brands like Slotomania and WSOP. Aristocrat Technologies is another giant player in the field, being in charge of Big Fish Gaming, which was bought from Churchill Downs during November of last year, for a very hot commodity price of $990m.

Not Free From Controversy

If the name Big Fish Gaming sounds familiar, its most probably due to the controversy that has been permeating and complicating the social gaming market for quite some time now. In March, a Supreme Court judge ruled that the activities conducted by Big Fish Casino amounted to nothing other than illegal online gaming.

The ruling is bound to have a wide-spread effect on the social gaming market yet.