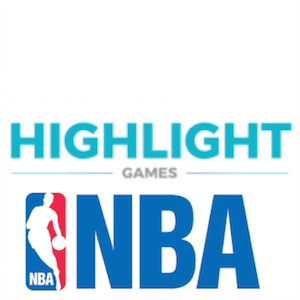 Virtual sports betting excitement mounts as Highlight Games prepares to develop the very first virtual sports betting game ever to feature actual NBA event footage and event highlights. Highlight Games has successfully paved the way to the pre-NBA season launch of the game, thanks to having successfully concluded a partnership with the National Basketball Association.

NBA Last 90 will, according to the developer, feature actual footage from recent NBA games. Players will be able to interact with the sport and with their sporting heroes in refreshing and engaging new ways. A variety of betting options will be available to sports lovers and basket ball fans and the main feature will be that of wagering on how many points will be accumulated during the last 90 seconds  of each game played. There will be other options too. Players will be able to bet on who will win any given game, who the team will be to secure the first possession, and many more combinations of options.

The developer has said that the footage to be included will be selected from a random selection of NBA highlights. The footage featured will be mostly recent, but there will also be special inclusions featuring selected highlights of past games. The possibilities are apparently endless. Millions of possible combinations and selections are possible, according to the developer.

Highlight CEO Tim Green has said that he is ecstatically delighted about the new venture and partnership with the NBA and also the NBPA. Green said that this particular collaboration was the realisation of a dream for the developer, what with Highlight having wanted to enter the virtual sports betting scene for quite some time now. Green said that the new partnership was the first step for the developer towards realising its dreams regarding the sports betting industry.

First Europe, Then The US

The game will initially be launched in Europe and will eventually be made available to US markets later on during the upcoming season. NBA Head of Fantasy and Gaming, namely Scott Kaufman-Ross, said that the NBA too, is excited about Highlight’s new s venture. He said that it will offer various new ways of engaging with the sport and that ultimately, this is a treat that isn’t easily beat in the world of super-star sports fandom.