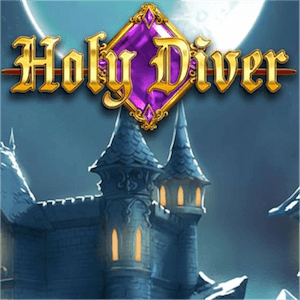 It’s been a while since we’ve last had the pleasure of announcing the launch of a new game from Sydney-based developer Big Time Gaming. But the time has finally come, and the developer has just released its newest slot, Holy Diver, exclusively to LeoVegas players.

Those who are wondering about the unusual title, this game has been 2 years in the making, and is based on a rock song by the popular 80’s American Heavy Metal band, Dio. Despite its unusual inspiration, the slot includes quite a few special features and interesting mechanics.

The most notable of these is BTG’s proprietary MegaWays function. What this means is that during the base game, players will have the opportunity of ramping up their winnings in 117,000 ways-to-win. But that’s not all! As soon as the bonus round has been activated, the ways-to-win tally increases exponentially up to a very cool 586,971 ways-to-win! Talk about superb returns!

Holy Diver is BTG’s first attempt at having implemented its Reel Adventure function. Complex narratives and interesting characters can now be introduced into the basic workings of a slot, and so we expect to hear a lot more about Reel Adventure in the future.

The Reel Adventure option allows the player to alternate among 3 different tiers of volatility within the base game. Players may choose to stick to the base game as is, play the bonus round, or merely ramp up the base game by adding a multiplier into the mix.

According to BTG’s Chief Executive, Nik Robinson, Holy Diver is the developer’s most complex and intricate slot to date. Robinson said that the value of Reel Adventure is the fact that it allows the developer to choose any theme, movie, music, or brand, and to combine this with a main character (or more than one!), a complex narrative and a completely separate and additional side-show.

For the moment Holy Diver may be enjoyed on all of LeoVegas’ sites on desktop and mobile, as well as the LeoVegas-owned Royal Panda casino. Then, on February 7th, it will be rolled out to other BTG-participating operators.