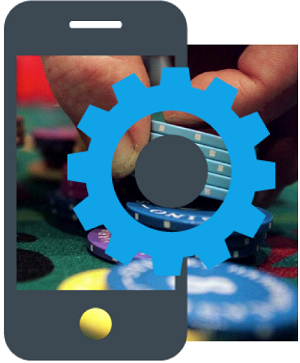 Denmark, a country well known for its direct and persistent approach to dealing with problem gambling, is blazing a new technological trail in this regard. Embracing the wave of mobile technology, the Danish Gambling Authority (DGA) has developed a mobile app designed specifically to combat gambling addiction.

MitSpil, the DGA’s innovative new mobile app, is seen as a highly progressive and practical way in which to address the gambling addiction suffered by roughly 10,000 Danish adults between the ages of 18 and 74. The app is compatible with both Android and iOS was initially released in November 2016, with MitSpil 2.0 launched at the end of September this year.

How the App Works

Although MitSpil is by no means the first app designed to combat problem gambling, it is believed to be more effective than others on the market. This is because MitSpil requires players to interact with it regularly, whereas other apps depend on player initiative.

Players record their gambling activity via the app, which generates an in-depth analysis of players’ gambling habits. Specifically, MitSpil requires players to record their winnings and losses, as well as how much time they spend gambling. In this way, the app quickly disabuses players of any illusions regarding how much they are actually winning and losing.

MitSpil also notifies players instantly when their gambling practices begin to yield a negative return – i.e. when they are losing more than they are winning. Moreover, the app picks up when players’ have not entered information for a while and prompts them to do so via friendly push message reminders.

According the DGA, these features come together in a highly user-friendly app to create a very effective tool for combating gambling addiction. DGA Director, Birgitte Sand explains that the DGA developed the app to ensure that gambling takes place in a fair manner and to protect especially vulnerable players from reaching the point where they can no longer control their gambling habits. Sand believes that many will find this app extremely helpful.

According to the DGA, the segment of Danish society most at risk of developing a gambling problem includes males between the ages of 18 and 39. A mobile app is therefore an ideal channel via which to reach this young, technologically minded demographic. Director Sand also explains that the fact that sports bettors often wager via their phones was born in mind in the development of the app.

However, MitSpil is a useful tool for any gambler, regardless of whether they have a problem with addiction of not. It is a handy portable tracking mechanism for keeping an eye on how well your game is actually going.

If this app proves to be successful, developers and iGaming brands across the globe may look at creating their own apps and harness the power of mobile tech to help gamblers who struggle with staying on the right track.