Online Gamers are Neither Shaken nor Stirred 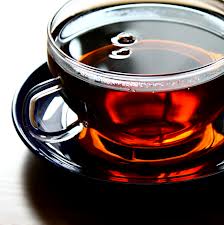 It’s easy to imagine that all Casino players emulate James Bond by sipping a Martini or glugging a glass of Champagne whilst playing a high-stakes hand of Blackjack.

However, a recent player questionnaire from GalaCasino.com, a top online and mobile Casino operator, suggests that this glamorous myth far from reflects the beverage choices of your average British online or mobile Casino player.

Alcoholic drinks were not nearly so popular among the Gala Casino members, of which only 49.3% drink beer and a mere 41.1% wine.

One of the benefits of playing online Casino games at home or from your mobile is that the drinks are far cheaper than those that you might purchase in a land-based Casino! Players might also be thinking carefully about drinking beverages that stimulate their brain rather than ones that might prevent them from thinking clearly.

There were other interesting facts revealed in the survey that again highlight the ease and comfort of playing at home. For example, 73% of all Casino players asked said that they would watch TV whilst playing, and nearly 9 in 10 players listen to music.

36% of players admitted to enjoying being able to light up a cigarette in their own home, which is something they would not be permitted to do in a real-life Casino.

An unexpected response from the survey was that over 90% of players revealed a preference for physical prizes, such as laptops, iPhones and iPads, rather than cash rewards and deposit match bonuses.

There was also some excellent news for Gala Casino, as nearly 85% of visitors responded that they were more than happy with their experience at the Casino.

Gala Casino (read the review here) offers a range of incredible games, including popular Slot games Gladiator and Iron Man 2, and is available online and on your mobile via the App Store. New players receive a super £200 Welcome Bonus and can take advantage of incredible on-going promotions to win points and prizes.