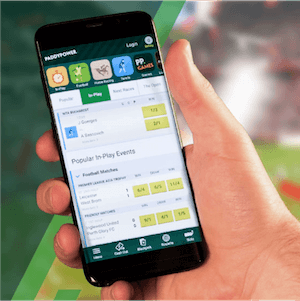 According to recent media reports, British online and mobile bookmaker Paddy Power Betfair is now pursuing further mergers and acquisitions in the Australian market after a deal to acquire William Hill’s business in the country fell through.

The popular international sportsbook brand was one of numerous companies that expressed interest in taking control of William Hill’s Australian division. However, it was CrownBet who reigned victorious in the bid for the business, signing a deal worth around $315 million for the division thanks to a recent investment by The Stars Group (formerly Amaya).

Despite this loss, CEO of Paddy Power Betfair Peter Jackson seems as determined as ever to continue his pursuit of M&A opportunities in the country. The executive recently told Ireland’s The Independent newspaper that his company has not been put off from pursuing further Australian business deals, saying that it is as determined as ever to gain a stronger foothold down under.

Paddy Power Betfair is already present in Australia thanks to its local Sportsbet betting brand. The firm holds a respectable share of the nation’s regulated betting market, ranking second only to the recently-formed Tabcorp conglomerate. Jackson has noted that acquiring further businesses in the country will serve to enhance this position even further, which could even potentially see Paddy Power surpassing Tabcorp as Australia’s favourite betting supplier.

According to the CEO, it is inevitable that some of the industry’s smaller companies will seek to merge with larger firms, as competition grows fiercer within the local market. According to Jackson, the introduction of point of consumption taxes for Australian bookies will also add to this pressure.

Jackson added that one may expect his company to seek out opportunities to sell its businesses in Australia, but assured the public that the firm will be ‘very disciplined’ in this regard.  He also mentioned his admiration for Sportsbet, saying that he is growing more and more impressed with the firm with each new thing he learns about it.

Jackson also added to The Independent that he believes that there are many lessons that he can apply to his company’s European operations from its Australian market success. And considering just how successful Paddy Power has been in navigating the highly competitive Aussie industry, the firm will no doubt experience great success in European markets thanks to its strong growth strategies and appealing real money betting services.