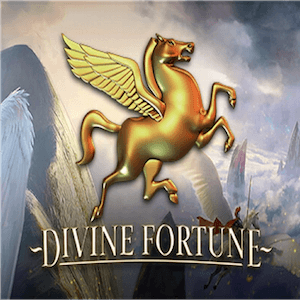 This year has already been full of incredible slots jackpot wins, many of which were triggered on slots from leading Swedish developer NetEnt. Last week, it was reported that one of NetEnt’s games delivered yet another exceptional win, this time to a lucky player named Sandy at Vera&John Casino.

A report that highlighted the win said that Sandy was overcome by emotional tears when she first struck her prize of £95,662. The jackpot in question was won on NetEnt’s Divine Fortune mobile slot game, and was paid out to a player who has since revealed that she only occasionally takes a spin on her favourite slots due to a relatively lean budget.

According to the report, Sandy paid a mere £30 deposit at Vera&John Casino before striking the massive cash jackpot, walking away with almost £96,000 after triggering the Divine Fortune Mega jackpot. For Sandy, the win was nothing short of a dream come true, with the 29-year-old player noting that it was on a Tuesday morning when the slot paid out its life-changing prize.

The player decided to spin the reels of the Divine Fortune slot at Vera&John mobile casino on that morning – a casino which she has long been a member of. Sandy logged into her mobile casino account, made a small cash deposit, and began to play, but her bankroll unfortunately ran out before she could strike a significant prize.

However, the British punter decided to persevere, depositing another £30 to see if her luck may change yet. It was within 10 minutes of this deposit that Sandy’s fortune did indeed take a positive turn, with the player hitting the huge Divine Fortune jackpot and winning big on what she has called her ‘favourite slot game’.

The player apparently triggered the Golden Coin Bonus round, which she was used to seeing in this popular NetEnt slot. However, instead of winning around 20x her stake, as she had expected, the player instead found a screen covered in golden coins along with a notification that she had won the coveted Divine Fortune jackpot on her very last re-spin.

According to Sandy, she was overcome with a ‘flood of tears’ when she realised that she had won. She added that she was in shock because she had never won such a huge prize before, and revealed that she plans to use the money to pay off her husband’s loans and use the rest of the prize for a down-payment on a brand new house.