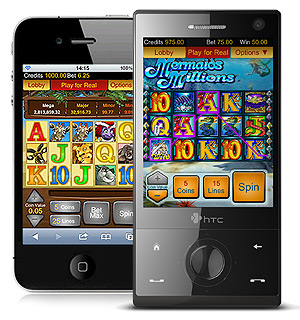 Renowned computer system and game designer from Las Vegas, International Game Technology (IGT), has announced the release of three of their most popular casino games in the mobile gaming format. Mobile gaming enthusiasts can now play newly created versions of Kitty Glitter, Wolf Run and the action-packed Elvis: A Little More Action games. IGT has been a huge contributor to the successful growth of mobile gaming.

These three new games are available to those who own Android and other smart phones that are iOS enabled. Many popular tablet devices can also be used to play the latest and greatest releases of games that have been specially designed for mobile casinos when the new games come out. The mobile gaming market is an extremely fast growing and ever-changing market, and when a premier video game developer like IGT announces releases like these, they help to fuel that growth.

By using one of Elvis Presley’s most popular songs called “A Little More Action,” IGT has created a game for the mobile casino format that is expected to be as popular as the land based casino game is. This exciting game features 50 pay-lines and wilds that can be stacked. All those wilds also come with a way for players to earn up to 255 free spins using its popular free spin bonus feature.

Excited fans of the ever popular Kitty Glitter casino game are thrilled that their favorite game is now available to them in a mobile gaming format. Kitty Glitter has become one of the best-loved five-reel slot games among cat enthusiasts and for those who simply enjoy the fun features of this game. The fun bonus of the Kitty Bowl of Diamonds adds a bit of a royal feel to the game and when the screen turns blue, it means that you will get to hear a version of the song “Putting On The Ritz”. You will also enjoy the 15 free spins you’ve earned. This game is one of the most appealing games ever released by IGT.

Wolf Run is another popular land based casino game made into a game for mobile casino players to enjoy. It is another five-reel game with a pay-line of 40. The game features amazing graphics and pretty realistic sounds. When three bonus symbols show up on the center three reels, you will see the scene on the game screen turn into a night scene and under the bright glow of a shining moon, players receive five free spins. There is a potential to earn a total of 255 free spins in this game and Wolf Run enthusiasts love the wild outdoor feel of this fun game.

IGT has built an excellent reputation over the years as a premium supplier of exceptionally high performing mobile casino content. If you were to ask any mobile casino game enthusiast, they will probably tell you that the games created by IGT are just fun to play.