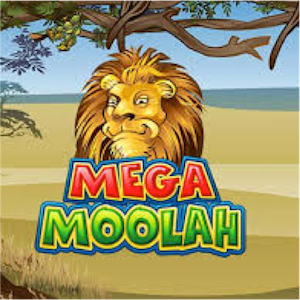 Microgaming’s top progressive jackpot slot, Mega Moolah is well on its way to setting a new record for payouts in 2018. So far, the popular title has paid out at least one multi-million-Euro prize every month this year.

Because Microgaming is such a popular developer, with games in countless online casinos, its prize pools grow to extraordinary figures. Mega Moolah is one of Microgaming’s top-paying progressive jackpot slots, having paid out a staggering €874 million since its first winner was announced in way back in 2008.

Now, thanks to a trend that began in 2017, the game looks set to break the world record as the best paying progressive jackpot slot of all time. With five prizes already awarded this year, it will undoubtedly soon surpass last year’s impressive payout record of 12 winners in 12 months.

No Stranger to Setting Records

If it succeeds in paying out the most jackpots in a single year by the end of 2018, this will not be the first time that the game has made headlines for breaking records.

In 2015, one lucky UK player made history (and a whole lot of money!) by landing the largest ever win paid out from an online slot – a whopping £13.2 million. In the following year, it paid out the biggest ever payout won on a mobile device.

The first win of 2018 was paid out in the middle of January at the Zodiac Online Casino. This fortunate player claimed €2 424 117.20 from the Mega Moolah prize pool. Just nine days later, on 27 February 2018, a player at Captain Cook’s casino landed the next big prize.

It did not take long after it was reset to its £1 million minimum seed amount for the next player to strike Mega Moolah gold. This time, the €4 365 843.63 payout went to a player on a mobile device, with such wins becoming increasingly popular as more and more players choose to play slots in this format.

Then, in April, the first of two Mega Moolah winners took home CAD5 691 921 at the Grand Mondial Casino. The next day (only a few hours later, in fact), another player claimed £1 778 226 playing on a mobile device in the United Kingdom.

At this rate, it is highly likely that Mega Moolah will see another year of record-breaking payouts in 2018. The best part? Progressive jackpots, unlike those of traditional lotteries, are paid out as a single lump sum!