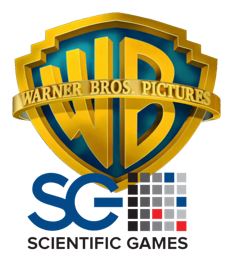 r Scientific Games has just made an announcement regarding their latest partnership. The online casino software provider will be partnering with Warner Bros. Consumer Products this year, with the aim of immortalising some of the world’s household names in entertainment as themes for online and mobile slots games across all media channels.

The newly announced agreement between the two companies will span several years, and also includes multiple properties. The deal will include the use of many highly popular television and film brands, including the likes of the Wizard of Oz, Wonder Woman, Wacky Races, The Lord of the Rings, The Flintstones, Friends, Caddyshack and Austin Powers, according to Scientific games in their latest press statement.

Along with these major brands in entertainment, players can expect to see names like The Bachelor, Seinfeld, Willy Wonka and the Chocolate Factory, and even National Lampoon’s Vacation in online slots form, across both online and mobile casino platforms.

The president of Warner Bros. Consumer products, Pam Lifford, has commented on the newly inked deal in a press statement for the company. Lifford said that her company is excited to continue its partnership with developer Scientific Games in order to bring many of their iconic brands and characters to their fans in entertaining new casino games.

The collaboration, Lifford stated, will allow Warner Bros. to leverage many of their brands in creative ways, as well as across multiple channels. In this way, Warner Bros. hopes to captivate their players and connect with consumers in a new commercial space, she said.

Lifford went on to discuss Scientific Games’ portfolio of Warner Bros. Consumer Products’ licensed brands. She noted that the portfolio will cover a broad range of entertainment genres, including reality television, comedy, science fiction, sitcoms and blockbuster classics. The game content is expected to be widely appealing in this regard, and will reach players across various channels such as land-based slot machines, online games, lottery ticket games and even mobile iGaming platforms.

The CEO and President of Scientific games, Kevin Sheehan, also had comments to share on the new deal. The expansion of the partnership, he stated, reflects the growth and evolution of his company’s business, which now includes a broad portfolio of gaming solutions thanks to recent partnerships with WMS Gaming and Bally Technologies.

Sheehan noted that the convergence of slots players across land-based, online and mobile gaming channels will provide the company with a notable opportunity to capitalise on their investments in Warner Bros. brands. The new slots, Sheehan said, are sure to delight Scientific Games players, no matter which gaming channel they choose to use.