Scientific Steams Ahead with Social Gaming 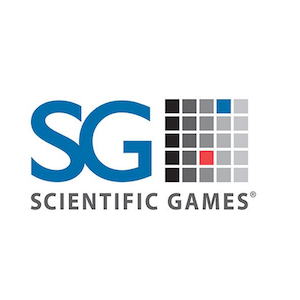 Vegas-based gambling software developer Scientific Games is beginning to follow through with its long-standing plans for social gaming diversification, according to the latest news reports on the operator’s actions. The company’s social casino gaming subsidiary SciPlay Corporation has recently filed a registration statement with the US Securities and Exchange Commission for its proposed initial public offering of a minority interest in its operations.

The number of shares that are set to be offered, along with their attached price range, have not yet been revealed by the company. However, it has been confirmed that SciPlay has also applied to have its Class A common stock listed on the NASDAQ Global Select Market under its new ticker symbol ‘SCPL’.

Should the Vegas-based developer’s subsidiary proceed with this offering, a number of companies would act as book-running managers for the IPO. They include Deutsche Bank Securities, Merrill Lynch, Pierce, Fenner & Smith Incorporated, J.P. Morgan Securities, Morgan Stanley & Co., Goldman Sachs & Co., Macquarie Capital (USA) Inc., and RBC Capital Markets. Additionally, Wedbush Securities Inc. and Stifel, Nicolaus & Company Inc. would also act as co-managers for the offering that has been proposed.

The iGaming software supplier first revealed its intention to spin off its social gambling division late last year, noting at the time that the IPO would enable it to provide “greater flexibility” to pursue further growth and unlock extra value for its stockholders. The company also noted that the proceeds from the offering would be used to pay off its own net debts, which stood at around $9.1bn at the end of last year.

This move has come after Scientific Games’ revelation in February that it had enjoyed a year on year social gaming revenue increase for the 12-month period ended December 31, 2018. Revenue for this business division grew a notable 14.9% during the period in review, reaching a high of $415.9m.

Digital revenues for the company more than trebled to reach $269.6m, pushing overall revenue growth to 9.1%. This growth was reported despite a nominal decline in the firm’s gaming revenue; the division’s earnings fell by 0.7% to $1.8bn during the period.

Despite its social gaming growth, however, Scientific Games still posted a loss of $352.4m for the 2018 financial year, down 45.4% from the previous year. Interestingly, its operating costs grew at a comparable rate as its revenues during the year in question.