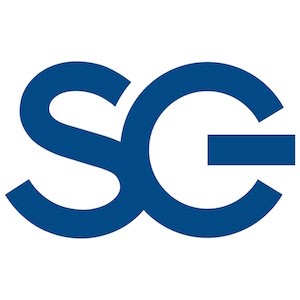 Scientific Games has released its revenue figures for Q3, and the company has been in the fortunate position to report a 7% year-on-year increase. This, according to the developer-supplier, is largely thanks to the acquisition of the NYX Gaming Group. The company completed the acquisition in January of this year. Of the reported revenue of $821 million for the quarter in question, the company attributes $46.5 million to the acquisition.

The company’s Lottery offering as well as its Social businesses also contributed quite strongly to the quarter’s positive report.

SG May Have To Cough Up Legal Fees

The reported overall net loss of $351.6 million was brought about by a court order to the tune of $309.6 million that is payable to rival company Shuffle Tech. The penalty is the result of the business having lost a US antitrust case in August of this year.

The money has been provided for in the company’s report, but has not been paid over to the Shuffle Tech group as of yet, as the court’s decision is still subject to appeal.

As far as EBITDA growth is concerned, the company has reported a 9% increase to $325.7 million. Most impressive of all is most probably the company’s reported increase in net cash. This climbed by 104% all the way up to $223.5 million. Of all reported figures, the cash available margin is most telling of all, and the exceptional rise certainly indicates that Scientific Games is in sound financial health.

The company has said that it now plans to make available a portion of its Social games business for public interest. It appears as if a final decision regarding this has not yet been reached. The offer to the public would initially be a minority interest offering.

Barry Cottle, Chief Executive Officer and President of the company, is pleased with the results posted by the business for Q3. Cottle said that Scientific Games was a market leader looking to leading the industry into the future and that the recently released figures offer a clear indication of the growing success of the many business sectors within the company’s scope of reach.

According to the company’s CFO, Michael Quartieri, the reported figures for Q3 mark the 12th consecutive quarter in which a positive overall growth margin has been present.