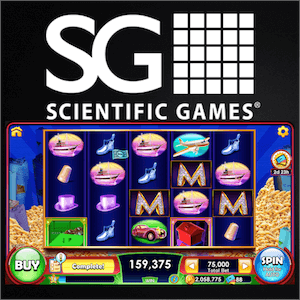 The new app and its games build on previous offerings from SG, offering unique features and functionality. The new offering boasts fresh characters, game play features, and moves that are synonymous with the brand. These features are expected to enhance player engagement and reward them even more for real money play.

SG Social has also revealed that the gaming app and its titles are now available for players across the world to download. The app can be downloaded through Google Play, the Apple App Store, the Amazon App Store, and even Facebook.

Barry Cottle, Scientific Games’ newest CEO, has noted that Monopoly (Hasbro) and SG have a long-standing history of successful and lucrative collaborations. According to Cottle, the new game launch comes as additional confirmation of the strength of the two brands’ business relationship.

The CEO also added that Monopoly Slots have combined SG’s extensive history of iGaming innovation with the strength of a global entertainment brand, creating an unbeatable gaming experience packed with world-class games and an innovative world-building system that highlight’s the legendary board games most recognisable elements.

What to Expect from the App

The new slot app offers a story-driven journey designed to display all of the best features of Hasbro’s most popular board game. The title will give players a chance to create their own Monopoly worlds, using unique themes and customisability options for added fun.

Some of the action-packed options include train station construction, concert hosting, digging for hidden treasures, and even exploring ancient worlds. Monopoly Slots will connect social casino players to fresh branded content, and will also give them access to some of Hasbro’s other popular titles like Clue, Battleship, Ouija, and Yahtzee.

SVP of Digital Gaming at Hasbro, Mark Blecher, has noted that for over 80 years, Monopoly players across the world have enjoyed a myriad of different ways to engage with the iconic brand, including licensed game versions and an impressive consumer products portfolio.

According to Blecher, the new product is the result of yet another exciting collaboration between SG Social and Hasbro. Hasbro is reportedly looking forward to more tandem projects in future, bringing the best gaming experiences possible to fans worldwide.