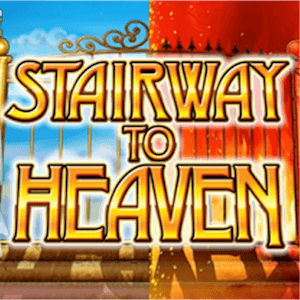 Online casino software developer Blueprint Gaming has now revealed that it has released a brand new video slot, Stairway to Heaven, to its mobile casinos. The sublime new creation was developed by Live 5 Gaming, and offers a classic theme paired with beautiful graphics and a host of thrilling bonus features to boot.

Stairway to Heaven takes its name from the classic Led Zeppelin song, but this title is not focussed on the world of classic rock. Instead, players will be whisked away to the gates of heaven and hell to watch the action unfold across 5 reels and 15 paylines. The fun takes place against a backdrop that is split perfectly down the middle, with beautiful angels and demons guarding their respective gates amid a scene of stars, clouds and fiery flames.

The new title has been created by Live 5 in conjunction with the team at Blueprint, and is currently being distributed to Blueprint’s casino partners. These partners include a variety of popular iGaming brands, such as the world-famous Sky Vegas and more.

Commenting on the release of the video slot, Live 5 Gaming CEO Lloyd Butler noted that his company is one of only a few that offers its content across both its online and retail channels. He added that the Blueprint Aurora gaming terminals showcase the firm’s titles well, noting that his company is in discussions with Blueprint regarding the release of further slots to cement the great business partnership between them.

About Blueprint and Its Offerings

Simon Barff, the Managing Director of Blueprint, also added that player feedback has shown that it is the quality and variety of their games on the B3 Carbon Menu that is truly capturing the market. Barff noted that Blueprint only looks for the best gaming content, both from its own teams and third party suppliers.

He stated in his press statement that his company monitors the performances of each and every one of its games to ensure that players will enjoy only the most popular titles on its Menu. According to the MD, Stairway to Heaven has already earned its place on the list, and will make a great addition to Blueprint’s current offering.

Blueprint Gaming is a UK-based casino solutions provider that forms part of Germany’s Gauselmann Group. As well as operating over 10,000 land-based terminals in the UK, Italy and Germany, the firm also has a wide portfolio of games for the online and mobile gaming industries, originating both from its own development studios and a handful of premium third-party suppliers.