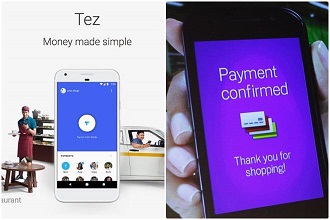 We’ve seen technology advance exponentially in almost every sector of business and private life in the last few years but until fairly recently, payment systems have not been where the biggest strides have been noted.

These days, a lot of major players are getting more involved in payment solutions, including Apple, Facebook and the biggest fish of all, Google. As mass security and the quest for unified, frictionless commerce become increasingly prevalent, plenty of mobile payment solutions are emerging. One of the most recent and most exciting, launched by Google India, is Tez.

Tez is an innovative mobile payment service that lets users pay for services using a mobile wallet directly linked to their bank account. Funds can be transferred via the Tez app without needing the recipient’s bank details, and there is no need to load funds to the app before making payments. The app connects straight to a user’s bank account and acts as an extension thereof, so any unused funds can still accrue interest. To ensure safe and secure transactions, Tez issues every user with a PIN that must be entered when making payments, and Google has also implemented a number of other security protocols, such as phone number verification. Tez has been making news across India and this app is certainly leading the way when it comes to new ways to pay.

India’s current emphasis on electronic rather than cash payments makes it the ideal environment for Tez, which is the Hindu word for “fast”, but it is not the only country that Google plans to roll this technology out into. Plans for the emerging economies of Indonesia, Thailand and Vietnam are also in the works. 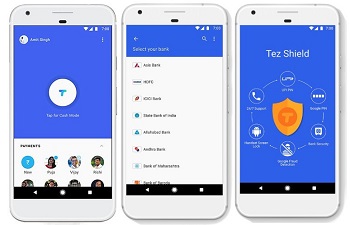 Tez will require users to own an iOS or Android device that has a microphone and speakers, and to download and install the app. They will then need to link the app to their bank accounts and to the United Payment Interface that is used by 55 local banks. Once all this is in place, Tez users will be able to make P2P payments with other Tez users, be they individuals, big companies or small-time vendors.

If both parties are in the same place for the transfer, cash is transferred via ultrasonic audio QR codes, alternatively, remote transfers can be completed by entering the recipient’s mobile phone number. Tez facilitates safer transactions in emerging economies because no account details are ever shared with third parties, and also integrates two other emerging trends in mobile payments; chat interfaces and free special extras.

In the case of Tez, the app has been gamified with free scratch cards that offer real cash prizes making it more rewarding and encouraging people to use it. It also functions in the same way that a chat does by putting the recipients to whom you have sent money together in a conversation-like group, and integrating Android Contacts to search for other Tez users. This works in Google’s favour too, since it is sure to integrate more people into their ecosystem and provide more advertising targets.

In addition to Tez, there’s a lot happening in the world of smartphone payment possibilities, which is great news for casino players on the go, anyone who enjoys shopping online, or who simply wants to transact with ease or on their mobile device.

In person-to-person, or P2P, and point-of-sale, or POS, transactions, payments are not only cashless but also increasingly card-less, thanks to all the improvements in technology. Even actual card payment systems are recognising the importance of biometric identification, with MasterCard’s embedded fingerprint reader expected to roll out by the end of 2017.

Other advances in biometric identification are expected soon, including the creation of more complex and multi-faceted digital identities. It’s also possible to share payments with friends easily thanks to Splitwise and similar apps, or to scan barcodes and transfer funds from your account to a vendor’s, as long as you are both linked to an app like Snapscan.

Increasingly, you still need funds in accounts but you don’t need cold, hard cash. In fact, proponents of cryptocurrencies such as Bitcoin would have us believe that conventional legal tender is on its way out. While Tez does not quite do away with this, it is expected to do very well in the Indian economy where the government has launched tax reforms and removed large-denomination notes from circulation, in a bid to increase transaction taxation and swell government coffers.