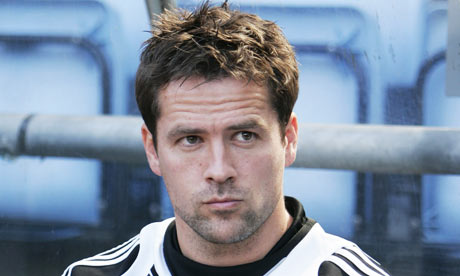 Sports betting and Casino gambling is common place among footballers. A tell-all piece in the Radio Times this week talks about Michael Owen’s success – not just on the football pitch but in gambling.

The year 1998 saw Michael Owen’s debut for England, and was the same year that he bought his first two racehorses, Etienne Lady and Talk to Mojo. He had always loved the sport and had enjoyed the idea of betting ever since watching his dad place a 50p bet every Saturday.

In the 15 years since then Owen hasn’t lost his passion for horseracing or gambling, for that matter. His expertise in the field has only grown, with his pride and joy Brown Panther winning the Goodwood Cup this summer.

Despite his successes, Owen’s relationship with horseracing and sports betting has previously come under attack. It was claimed in 2003 that he had spent over £2 million on betting in just two years – an amount which he says is exaggerated – but whatever the true figure he insists that he has always maintained control.

To put this number in perspective, anyway, Michael Owen’s wealth is currently estimated at £40 million, so it is understandable that a £10 bet won’t thrill him as much as the £100 bet – still well within his budget. Despite having to balance his busy football punditry schedule with being a full-time husband and father (he now has four children), he still finds time to back two or three horses a day.

Michael Owen’s not the only footballer who enjoys the thrills of betting on the horses. At the stables where he keeps his own horses you can also find horses belonging to fellow footballers Wayne Rooney, Tom Cleverley and Charlie Adam.

Owen talks about the buzz he gets when betting on the horses and it can be of no surprise that many professional footballers agree with him; their usually competitive and thrill-seeking personalities combined with their enormous salaries enhance the appeal of gambling. However, it’s not just Sports Betting that gets many a footballer’s heart racing, but also the Casino.

Pro footballers and their Casino capers: