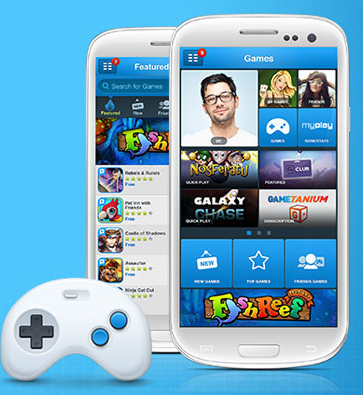 Games Portal is a forthcoming gaming platform with an emphasis on social activity, which will come pre-loaded onto all of Verizon’s future Android smartphones thanks to a new deal between PlayPhone and Verizon Wireless. PlayPhone already has a significant following in the social gaming market, with their current PSGN service (PlayPhone Social Gaming Network) launched in December 2011, connecting functionality across most tablets and smartphones, including iOS, Android, Adobe, HTML5 and Windows Phone.

The idea behind Games Portal is to streamline connections between online friends to play mobile and tablet games together. Additional perks such as Achievements, Leaderboards and Chat Functions will only improve the service. One of the largest attractions of the service is the removal of cross-platform limitations. With the PlayPhone App, customers will be able to play each other whether on Android, Windows or iPhone, which is a significant step forward for the industry. Since the software is also pre-loaded, users will be spared going through the registration process for the service, as they will already be pre-registered.

To substantiate their position, Verizon and Games Portal are also doing their utmost to make the idea attractive to potential developers. Verizon is America’s largest mobile phone company, boasting 100 million customers and nigh on a 35% market share as of March 2013, which would undoubtedly be hard to resist for a prospective games company. The downloads will also be quicker, since the payment for the games will be charged straight to customer’s Verizon account.

The two companies estimate Games Portal will be pre-loaded from ‘early next quarter’ for new Verizon smartphones and that the service will be extended to Android phones and beyond soon after.