Cryptocurrency Casinos Not A Major Success 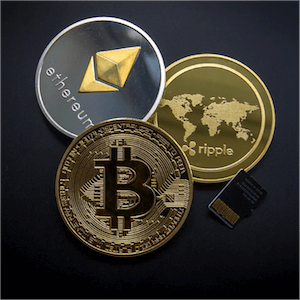 It was not so long ago that cryptocurrencies were being trumpeted from the rooftops, and when Bitcoin hit a record high of almost $20,000, it looked like they were here to stay. Everyone and anyone was talking about them, and it seemed that investing was a sure fire way to strike wealth. The boom has since passed, however, and few are mentioning Bitcoin, or cryptocurrency at all any more. Though the brief upsurge in interest had an impact in a number of sectors, including the online casino industry.

Online casinos are first and foremost an industry based around technology innovation. With the market crowded, one of the few ways in which one operator can stand apart from others is by adopting the latest technology trends first. It comes as no surprise then that many online casinos were quick to offer Bitcoin as an accepted currency. Some Bitcoin-only casinos were even established.

As other cryptocurrencies like Ethereum, Litecoin, Ripple and Dogecoin saw a rise in popularity, several sites were also seen offering them as an accepted form of payment. Even some of the big names in business recognised them as an official currency, and Microsoft, Amazon, KFC Canada and Namecheap were just a few to join the fray.

Perhaps a far more important innovation than cryptocurrency adoption is the adoption by many online gambling platforms of Blockchain. Touted as one of the biggest online security innovations in history, Blockchain is the near-impenetrable security layer that is set to revolutionise how online transactions work. The technology was first developed as a means by which cryptocurrency can be used online, in a virtually uncrackable system that is not only safe, but also makes online transactions instant.

A number of online casinos have adopted Blockchain, which was first done in order to incorporate cryptocurrencies, but comes with a number of benefits all of its own. Those playing at Blockchain online casinos are given access to a far more transparent way of engaging with digital games, including instant access to any winnings accrued.

In an effort to attract eSports bettors, many online bookmakers were quick to adopt cryptocurrencies as a form of payment. Some, however, decided to even create a currency of their own. Unikrn, one of the largest providers of betting options in eSports, created the Unikoin, which was accepted as official currency for betting.

The most notable impact of this new currency was that it allowed bettors in the United States to participate. Although the Unikoin couldn’t be exchanged for real money, it could be used in other parts of the site to enter raffles, and potentially win game items. As smart use of digital currency, while it lasted.