Why Vegas is Betting on eSports

Las Vegas has always been kno 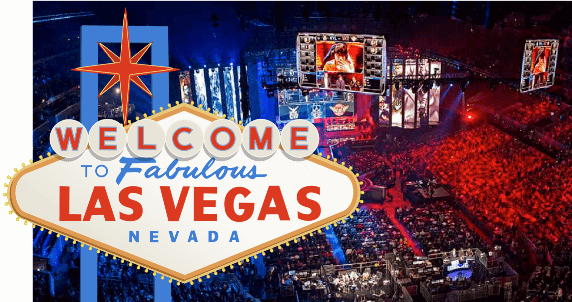 wn as the home of glitz, glamour, and fast-paced gambling. Since the 1930’s, Vegas has had a reputation for being the world capital of casino games, but changing times are forcing Sin City to seek out alternative forms of entertainment in an effort to attract a new generation of players.

Today’s Millennials are showing considerably less interest in games of chance than their parents and grandparents did, and to stay afloat, iGaming operators have had to alter their offerings substantially to provide the skills-based games and competitive entertainment that these players crave. As it turns out, land-based casinos are now taking a similar approach, with Las Vegas turning to eSports to refresh its image in the eyes of a younger, hipper crowd. It’s not the first time Vegas has had rethink its strategy due to generational shifts and technological advancements, as previously online and mobile casinos also had a huge impact on the city’s market share, and it’s had to adapt and move with the times.

eSports is currently the most newsworthy gaming trend to hit social and digital media by far. With this in mind, it’s no wonder that Vegas-based businesses have chosen competitive gaming as the face of their latest offerings. The eSports industry is expected to bring in a whopping $463 million – up 43% year-on-year – in 2018, making this venture financially viable for major firms like MGM Resorts too.

Furthermore, eSports also boasts over 148 million spectators worldwide, which would make for exceptional tourist traffic should Vegas become the new face of eSports. While there is a conflict surrounding the minimum age that should be posed for admission to Vegas’ new eSports arenas due to current casino restrictions, even targeting groups of 18 years or older will bring in significant funds for Nevada-based gambling resorts.

Vegas-based resorts have been quick to jump on this new trend, with eSports arenas opening up all over in the past few months alone. A notable example is the 15,000 square foot MGM Grand Garden Arena in Las Vegas, which was opened in March and boasts all the amenities needed to host professional-level video gaming tournaments: stands, broadcast platforms, huge screens, and even warm-up areas for teams.

The MGM Grand Garden Arena opened its doors on March 3 with its first big tournament, a 3 day Halo World Championship that offered a $50,000 prize pot. The venue also hosted the EA Sports Madden 17 NFL Tournament a few weeks later, with many large-scale events appearing on its agenda since. 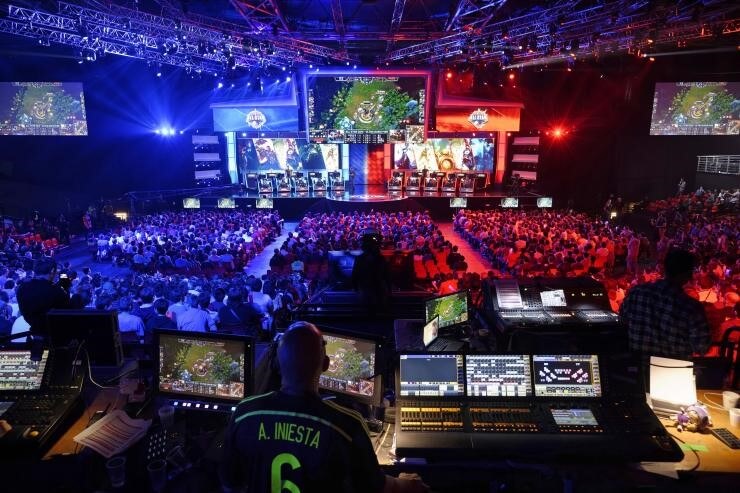 The new eSports Arena Las Vegas at the Luxor Hotel and Casino has also grabbed headlines this year, and is expected to open its doors early in 2018. The arena is the product of a partnership between Allied eSports and MGM Resorts International, and aims to provide a permanent flagship venue on the Vegas Strip that will become the centre of Allied eSports’ group of properties in China, North America and Europe.

The eSports Arena venue will be built where the current Luxor nightclub stands, and is set to offer 30,000 square feet of multi-level floor space with LED video walls, professional video streaming studios, and gaming stations intended for daily use.

The Downtown Grand Las Vegas is yet another MGM Resorts venue capitalising on the latest trend in gaming. Offering both casual and competitive amenities, the Downtown Grand offers tournaments and also game rooms that will surely appeal to millennial casual gamers and eSports fans.

CEO of Fifth Street Gaming Seth Schorr put Las Vegas’ evolution in a nutshell, saying that the city of Las Vegas needs to constantly reinvent itself in order to remain relevant to up and coming generations. Taking a look at the gambling hub’s slew of new eSports venues, it’s almost certain that Millennials will soon be flooding to the capital to keep up to date with their favourite League of Legends, FIFA, Dota 2 and Counter-Strike stars.