Women Reign Over The World Of Mobile Apps 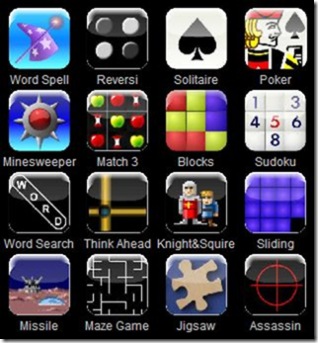 According to the latest reports, more women than men are purchasing and using mobile gaming apps. With this in mind, Apple is joining the game app market field with its debut of a brand new game exclusively for iPhone5. The new game, Cluck, has a farmyard theme. For example, using voice-activation, the first player challenges other players to guess the word ‘Chicken’ without using obvious clues such as peep peep or coop.

At Flat Earth Games, Rohan Harris sees the iPhone5 screen size as a definite plus for mobile game app creators. Sales figures for iPhone5 have suddenly changed the outlook for app developers as owners begin searching for apps for them. App developers are quickly becoming aware of a new trend emerging in the app world. Statistics released by EEDAR Video Research show that more women are purchasing apps than men. App revenue reports reveal that in the 15 to 64 age group, 60 percent of app purchasers are women.

App developers also view mobile device voice-activation capability as a dominating trend in the field. Experts in the field of app creation view the touch function in a negative light even with the larger iPhone 5 screen. One criticism is that hand-activation interrupts the field of vision just enough to cause gamers to lose playing interest. Some see the fact that Apple’s Cluck game requires more social interaction between gamers as a turn-off for men.

In the uncharted world of mobile devices, some developers are beginning to ponder the future of apps. Research studies are being conducted surrounding this question by using the Beanie Babies craze of the 1990s as a case in point. For the fast-food industry, these little collectables were the rage of the age and still are sought on sites such as Ebay. App collection may become possible with Cloud Storage at some point in the future.

Chili’s restaurants may be leading the way for the fast-food industry to move back into the realm of sales promotional gimmicks. Many of these eateries are featuring a Ziosk screen attached to dining tables affording the opportunity to purchase and download apps for 99 cents while dining. Although in the court of public opinion the jury is still out on this one, statisticians opine that this option will appeal more to women and children than to adult males. The braincells of most men are focused on more important things than apps while grabbing that cup of coffee or fast-food meal, especially during the workday.

Slated to be available October 25th in App Stores and at Google Play in November, the new Pocket Warwick app will probably grab the attention of women faster than that of men. Created by Warwick Davis, the game requires users to take virtual responsibility for the character, Warwick. The female need for social interaction is predicted to be an interesting factor in terms of app sales because taking care of Warwick requires interacting with him to make sure he is fed and on target with his activity schedule.