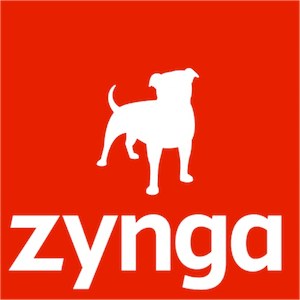 Social games giant Zynga has confirmed that it has successfully acquired privately owned mobile games developer Gram Games. The purchase price for the acquisition is confirmed at $250m. The terms of the agreement are known and include a cash deposit and initial payment as well as a earn-out payment structure that will run over a period of 3 years. The payment structure is based on the achievement of profit-targets. These targets have been set to align with Zynga’s own long-term goals for growth.

Gram Games was founded in 2012 and the company has since grown to the point of employing 77 people across its games development studios in London, England and Istanbul, Turkey. Players from all over the world have responded positively to the developer’s titles, and the games have been downloaded more than 170 million times.

For Zynga, the aim of the acquisition is all about major growth and expansion. The company estimates that the acquisition will translate to growing its own global mobile audience to 3 million active users using its gaming portfolio on a daily basis. The new titles that have been developed by Gram Games will also ensure that its overall gaming portfolio is bigger and better than before.

Zynga chief executive Frank Gibeau is excited at the new acquisition, saying that the unique culture that Gram Games has developed is an impressive one that has drawn the attention of Zynga. Gibeau said that Gram Games had a truly innovative approach to gaming, one that was fresh and new.

Live game franchises at Zynga are set to benefit from the acquisition, as well as future gaming portfolio endeavours.

Zynga is best known for having launched the social gaming industry with games like Zynga Poker and FarmVille, but the company has battled to duplicate its initial success. CEO Frank Gibeau came to Zynga from video-game giant Electronic Arts Inc., and has been focusing on growing the brand back to its former glory.

The world of mobile entertainment as well as the online casino industry is excited to see what fresh content will come from the new acquisition.