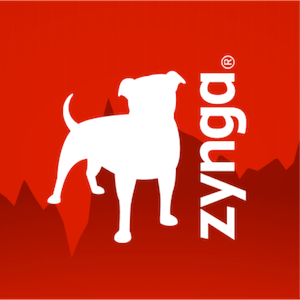 Social gaming specialists Zynga can’t be feeling very social at all, especially following the release of the company’s figures for Q3. Its once-reliable social slots portfolio has taken a grand old knock, and its Poker product isn’t doing much to soften the blow.

The company has put the poor performance down to major challenges facing both income streams. Despite the fact that revenue reported for the quarter was up by 4% when compared to the same period during 2017, adjusted earnings decreased by 15% and net income slipped by a very worrying 44%.

Advertising revenue, for the most part, experienced a more favourable quarter. Revenue rose by 41% in order to achieve a record $65.4 million. The sale of virtual commodities within games also did its part for the bigger picture, having increased by 17%.

Despite the fact that more active users than last year’s third quarter have been reported for the period, the player-to-payer conversion rate slipped from 2.4% to 2%. This is perhaps the most important factor to be taken into consideration, especially in the free-to-play arena.

It must be said that the company has spared to expense in converting from a desktop-only service provider to a more well rounded desktop and mobile driven company. No expense was spared in order to boost its mobile product offerings. During Q3, Zynga’s mobile offering contributed 91% to the total revenue tally, which is a four-point improvement when compared to last year.

Mobile advertising also experienced a record quarter to date, having sky-rocketed all the way up to 92%, marking a 5 point improvement on a year-on-year basis. The company’s flagship product, Words with Friends, drove mobile income figures ever forward, pushing revenue up by 42%.

Whilst mobile may have done its thing, Zynga’s online social slots performance wasn’t as lucky. Revenue for the third quarter of 2018 performed 9% poorer than revenue for the same quarter in 2017.

However, Zynga has declared that there may be a premium boost waiting on the other side of new product licensing agreement with HBO, the creators of the magnificent Game of Thrones franchise. Their first GoT-themed mobile release is scheduled for the second half of the coming year.

The company said that major changes to Facebook’s platform have had a very negative impact on its Poker product.